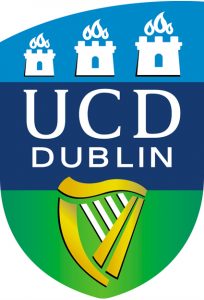 C-doped TiO2 photocatalysts (at very low levels of C present either at anionic or interstitial sites) have a smaller bandgap than pure TiO2 allowing them to use visible light to initiate photo-catalysis (pure TiO2 requires UV light which is not abundant in solar radiation).

Normally the C-dopant is added post TiO2 synthesis, or through the addition of a C-containing extra chemical to the TiO2 synthesis mixture. In this work we used the C-atoms that were present in the TiO2 precursor to provide the dopant C in the final C-TiO2 material.

This is usually removed as CO2 by calcination treatment during TiO2 crystal formation. We carried out calcinations at reduced temperature (to conserve precursor in the lattice) and subsequent heat treatments in helium at higher temperatures to promote crystallisation.

XRD showed the different crystallinity of the materials, ranging from relatively amorphous following a 200°C oxidation, to highly crystalline following such a low temperature oxidation and a heat treatment in helium to 500°C. This confirms the requirement for a heat treatment to promote crystallization.

XPS confirmed that the optimally prepared materials had anionically doped C within their lattices and UV spectroscopy confirmed that this had the effect of lowering the band gap of the materials into the visible region of the spectrum. Reactivity measurements showed that these He-treated C-doped photo-catalysts were far more efficient in a probe photo-catalysis reaction under simulated visible light and both the doped C atoms and a crystalline solid were needed for enhanced reactivity.

We used TGA (TA Instruments) coupled with mass spectrometry (Hiden HPR-20 QIC EGA) to probe the rates at which calcination of the TiO2 precursor took place and to monitor the species produced during the heat treatment of the precursor (and low temperature oxidised) materials. From these measurements we could tell the lowest temperature at which the catalyst precursor material would lose its remaining isopropyl groups and begin to condense to form a crystalline solid.

We also characterised the formed materials using TGA/MS to determine the nature of the carbon remaining on the surface following the different preparation processes. The combination of TGA / MS allows us to tell whether mass loss during calcination relates to removal of the precursor (where CO2, H2O and isopropanol might be seen in MS, and mass loss would take place at ~300°C), or to combustion of a graphitic over-layer formed following a He heat treatment (where only CO2 would be seen in the effluent and the mass loss event would take place at T>550°C).

Attempts to use TGA/MS to correlate mass loss following removal of the doped carbon at higher temperatures are fraught – since the amounts of “doped” C are extremely low, and normally when anionic C is removed by oxidation, it is replaced in the lattice with O atoms (actually increasing mass) at the same time as other (non-doped) C is also being removed (decreasing mass).

This work was funded by SFI under this Strategic Research Cluster Programme (07/SRC/B1160).