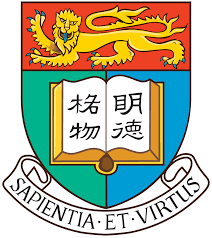 CO oxidation is a reaction of particular interest for catalysis, since this is a model reaction for studying heterogeneous catalysis as well as a reaction of significant practical interest due to the need to reduce CO pollution. Different metal oxides have been used as the metal supports for catalytic oxidation of CO. Material combinations reported include Pt-CeO2, Au-Fe2O3, Au-SiO2, Au-ZrO2, Ag-Al2O3, Au-ZnO, etc.  In these, oxide support could be inert (for example alumina) or active (for example ceria and titania). In comparison with these commonly used catalytic supports, indium oxide has been less commonly studied. Since indium oxide nanostructures can be prepared by simple environmentally friendly methods, and since this material has been shown to be promising for CO sensing, it is of possible interest as a support for CO oxidation. However, previous reports on catalytic oxidation of CO over commercial indium oxide samples did not show significant activity, while for nanostructures there was a significant morphology dependent variation in the reaction onset temperature. To explore the possible use of indium oxide for catalytic oxidation of CO, we prepared indium oxide cubes by hydrothermal synthesis and compared their performance to commercial indium oxide samples (powder and nanoparticles).

The CO oxidation reaction was performed in a Hiden CATLAB fixed-bed system and the reaction products were analyzed in a Hiden QGA quantitative gas analysis system. Indium oxide cubes were micron-sized, but found to be porous with average crystallite size ~15 nm and large BET surface area of 60.6 m2/g. They exhibited considerably improved performance compared to commercial indium oxide powder (T50=309ºC) and nanoparticles (T50=290ºC), with T50 temperature of 260ºC. Their performance could be further improved by metal impregnation, which resulted in the lowering of T50 temperature to 236ºC for Pd, 212ºC for Cu, and 198ºC for Pt. The performance of indium oxide cubes was significantly better than that of alumina support. Alumina as an inert support resulted in no catalytic activity in the absence of metal impregnation, while the T50 temperature obtained for Pd/Al2O3 samples was 234ºC, significantly higher than that of Pd/In2O3 cubes. High BET surface area of indium oxide cubes definitely contributes toward their improved catalytic activity compared to other reports on indium oxide. However, since cubes are polycrystalline and relatively large and thus non-transparent to electron beam, it is not possible to conclusively identify dominant terminating facets in these structures. Consequently, exact reasons for high catalytic activity of indium oxide cubes compared to other forms of indium oxide require further study.