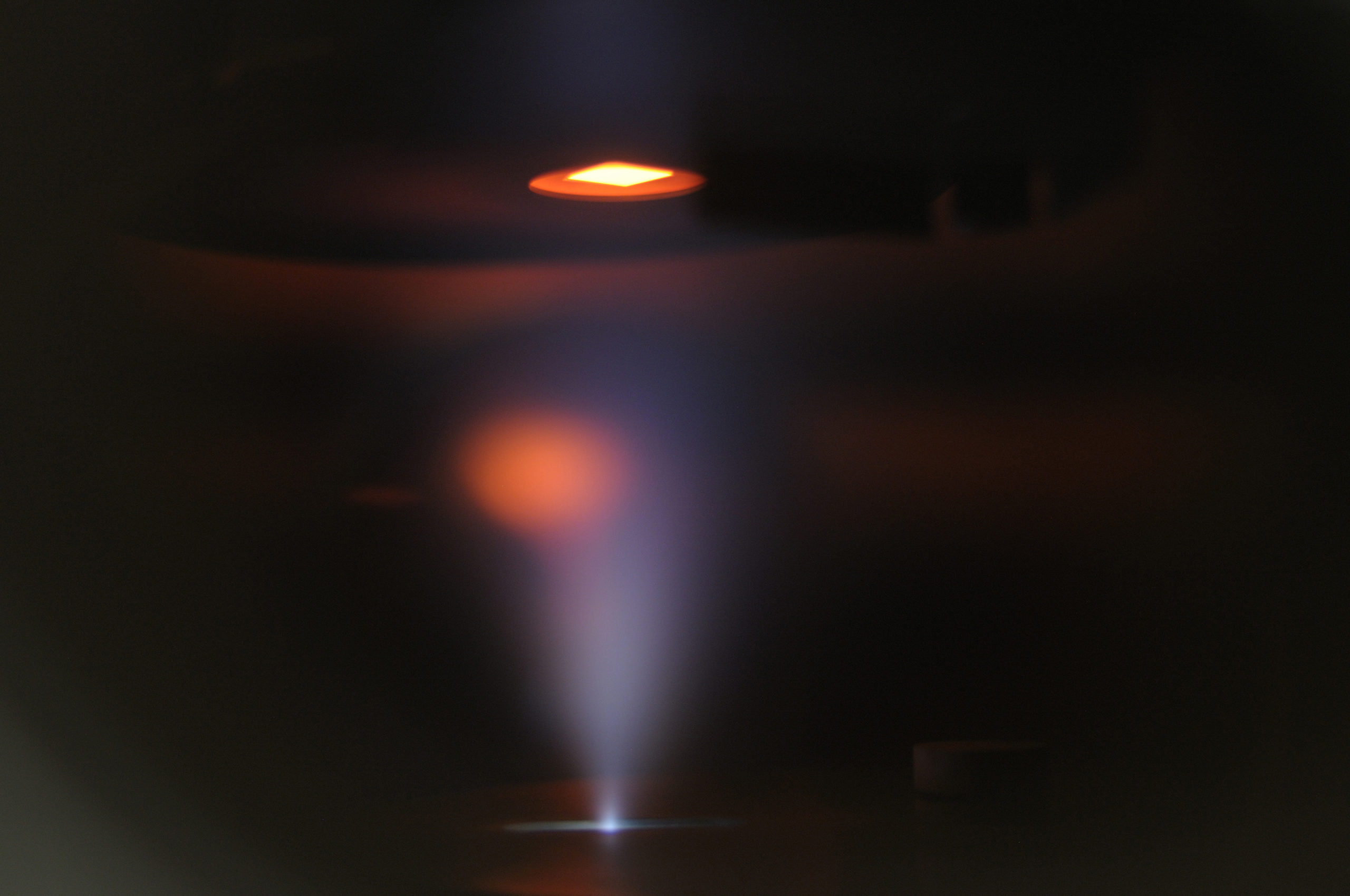 The term ‘plasma deposition’ encompasses various vapor deposition techniques that make use of plasma to deposit a ‘source’ material onto a substrate. Such techniques are commonly used to enhance surface properties such as hardness, chemical resistance, and adhesion; or to impart specific optical or electronic properties.

Magnetron sputtering is a deposition technique in which a plasma (typically an inert gas such as argon) is magnetically confined around a ‘target’ of source material deposited onto a substrate. High energy ions in the plasma erode the target, liberating atoms from its surface. Liberated atoms, which are electrically neutral and able to escape the magnetic field, are then deposited onto the substrate, forming a thin film.

Typical magnetron sputtering processes are performed in a high vacuum environment to minimize contaminants’ presence. Confining the plasma around the target using strong magnetic fields enables more ionizing collisions between plasma electrons and gaseous neutrals near the target’s surface, increasing plasma density and producing a higher deposition rate. Also, the confinement of electrons in the plasma prevents damage caused by these electrons’ direct impact with the substrate or growing film.

The development of effective magnetron sputtering processes relies on accurately measuring plasma parameters like composition, density and ion energy. The Hiden EQP mass spectrometer is optimized for plasma analysis, making it the ideal tool for correlating plasma conditions in magnetron deposition processes with the properties of the resultant films achieved.

Researchers used the Hiden EQP system to optimize plasma properties during magnetron deposition of SiBCN on Si and SiC substrates.1

Placing the Hiden EQP directly into the plasma plume enabled the direct analysis of species using the integrated tunable ion optics. The effects of gas composition, power, and substrate temperature could then be optimized, resulting in amorphous SiBCN films with high hardness, low surface roughness, and excellent oxidation resistance up to the substrate limit of 1350 C.

High power impulse magnetron sputtering (HiPIMS) is a form of magnetron sputtering. A sequence of short and intense pulses is delivered to the cathode, with peak power in the kW to MW range, creating extremely high local plasma density around the cathode. Since pulses are applied with a low duty cycle (typically in the 10-100 µs range), heat and average operating power are kept much lower than DC sputtering processes. HiPIMS plasmas have a high proportion of plasma-generated ions, resulting in increased surface density, lower friction, and reduced substrate temperature.

HiPIMS is suitable for the deposition of ultra-hard materials such as titanium nitride (TiN). This process can be used to impart increase hardness and wear resistance to engineered components while maintaining surface conformity, making it suitable for precision components such as fasteners and gears.

The Hiden EQP system allows both mass and energy analysis of plasma species in HiPIMS applications. Researchers used the Hiden EQP to directly analyze positive and negative ions and neutral and radical species.3 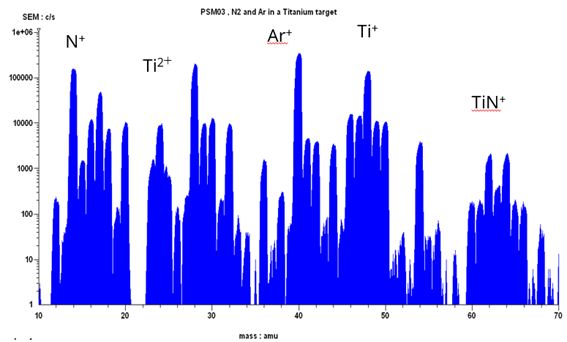 Hiden Analytical produces a range of specialized tools for plasma characterization. To find out more information about our industry-leading products, get in touch with Hiden Analytical today.

An Insight into Plasma Deposition and Magnetron Sputtering