Home | Blog | The History of Gas Analysis in Electrochemistry

Electrochemistry is concerned with the range of oxidation-reduction (redox) reactions that cause electrons to transfer between the molecules of reactants. It is the study of the relationship between electricity and an identifiable chemical change, which was first observed in 1780. The chemical aspect of this relationship was largely ignored until Michael Faraday established the fundamental laws of electrolysis, laying the groundwork for modern voltaic technology. Yet the chemical aspect of many redox reactions remains ambiguous, particularly with respect to the specific interfacial behavior between electrodes and electrolytes. Gas analysis was subsequently considered unimportant in the technology’s early days. 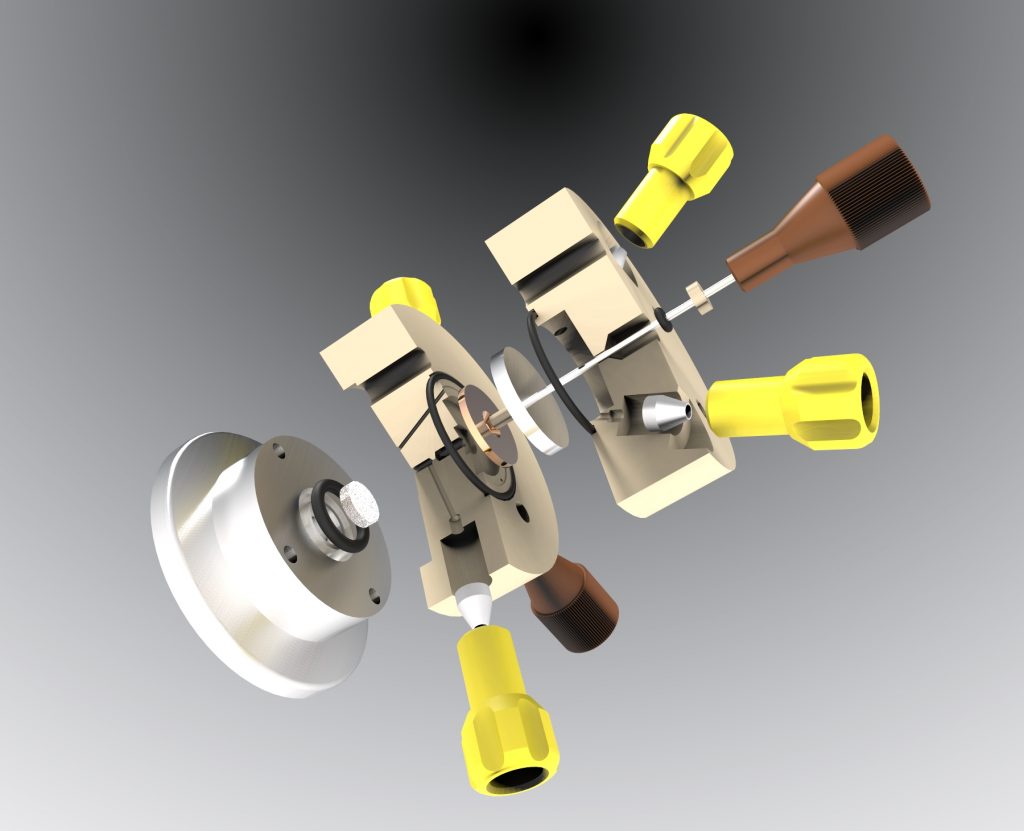 In-situ dissolved gas and off-gas analysis at the electrode surface aims to provide a better understanding of the reactions that occur in a galvanic cell or half-cell structure. However, conventional techniques have proven incapable of combining electrochemical methods with an analytical technique sensitive enough to offer mass resolved determination of gaseous and volatile electrochemical reactants, intermediates, and products in real time. This is because the gas species generated at the interface are usually extremely small.

Mass spectrometry was first highlighted as an essential tool for electrochemical gas analysis by Bruckenstein and Gadde in 1971. They explored the use of a porous electrode for real-time determination of volatile electrode reaction products using an electron impact ionizer. This electrode contacted the electrolytic solution on one side and the high-vacuum chamber of a mass spectrometer on the other, facilitating the rapid identification of products generated in a typical electrochemical reaction.

Differential electrochemical mass spectrometry (DEMS) is a sophisticated tool that was engineered to improve upon this pioneering method. This technique expanded on the early designs of Bruckenstein and Gadde with improved vacuum capacities to enhance sampling rates. It offers superior, quantitative insights into cell chemistry by integrating a mass spectrometer with a nanoporous gas diffusion electrode, enabling the acquisition of mass ion currents proportional to the electrode’s faradaic current.

Numerous advances have been made in the field of DEMS gas analysis in recent years, elevating the technique from a semblance of existing membrane inlet mass spectrometry (MIMS) to a powerhouse tool in its own right.

The DEMS systems have a standard mass range of 200 atomic mass units (amu) with a Faraday/Electron Multiplier detector to assist in the analysis of the potential dependence of electrochemical reactions in a typical half-cell structure.

If you would like to learn more about our HPR-40 DEMS gas analysis system, read our previous blog post: What is Differential Electrochemical Mass Spectrometry?