Humanity’s energy supply comprises a mix of renewables, nuclear fission, and fossil fuel sources – a mixture that provides sufficient amounts of electricity for current consumption. However, the earth’s population is on an upward trajectory and is expected to increase by as much as three billion over the next thirty years. Associated increases in living standards, economic growth, and technological innovation is expected to raise the world’s energy demands by as much as three times their current value. 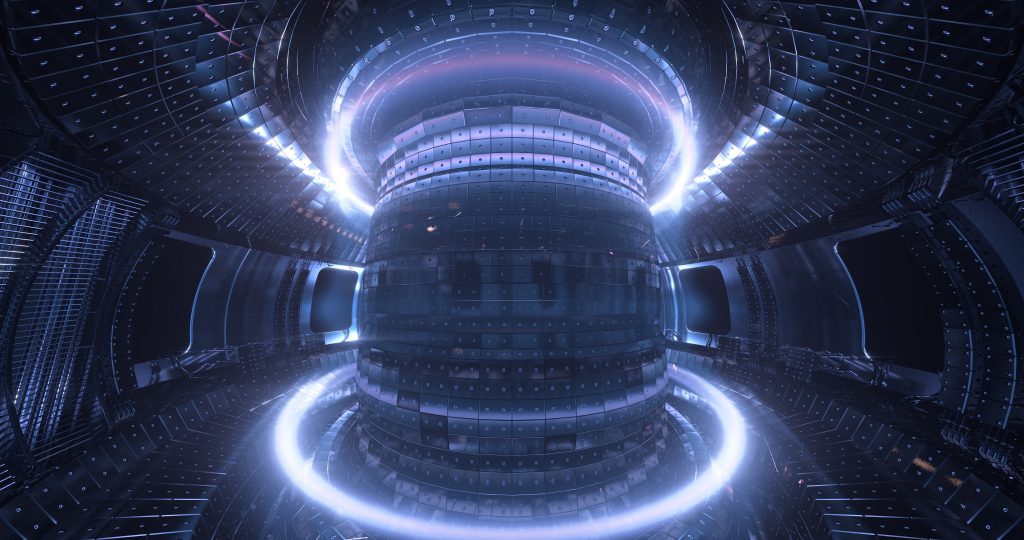 Fusion research is perceived as one of the leading long-term solutions to the world’s increasing energy demands. This is the process of compressing hydrogen (H2) to form helium (He). The nuclei of multiple hydrogen atoms are fused into a single helium atom, and the resultant mass loss is expelled as energy. Fusion is the reaction process that powers stars, and it has long been revered as the theoretical golden standard for a non-carbon, renewable energy source.

Among the most developed systems for fusion research is the tokamak device, designed in Soviet Russia in the 1950s. It magnetically confines extremely hot plasma in a vacuum vessel using magnetic coils to produce a field that extends in both vertical and horizontal planes. This enables the device to shape plasma, which is fed using an array of components and heating methods.

The cutting-edge nature and extreme parameters of fusion research create some of the most demanding research conditions on earth. Accurate vacuum analysis must be determined to assess the complicated interactions of hydrogen isotopes within the torus chamber. Residual gas analysis (RGA) has conventionally been applied to monitor fusion fuel purity from tokamak facilities, but the atomic masses of elements involved are often too similar for monitoring with conventional mass spectrometry equipment. Deuterium (D2) and helium-4 (4He), for example, occupy the same atomic mass, and both are isotopes associated with fusion reactions of hydrogen atoms. This presents significant problems for fuel purity validation in fusion research applications.

The DLS-1 instrument includes a threshold ionisation mass spectrometry (TIMS) mode that separates Deuterium (D2) and helium-4 (4He). TIMS mode provides for control of the energy of the electrons emitted within the ionisation source, resulting in each species having a unique fingerprint that can be determined by DLS-1 – including deuterium and helium-4. The DLS-1 is a real-time quantitative RGA with a mass range of 1-200 amu and a 0.5 eV electron energy resolution over the range of 4 to 150 eV.

The DLS-20 system includes a 20 mm pole diameter quadrupole analyser that operates in both the zone 1 and the zone H stability regions. This provides both ultra-high mass resolution up to 20 amu using zone H, with a mass separation as small as 0.006 amu, and using zone 1, ultra-high sensitivity analysis over the mass range to 200 amu.

The HAL101X RGA is designed for critical monitoring, diagnostics, and analysis in tokamak operation, and includes new transformer coupled RF technology. The transformer coupled technology enables the analyser to be separated from the RGA electronics, the RF and interface units by extended distances of up to 80 m enabling RGA operation in both the standard RGA and TIMS modes in the harsh radiation environment of the tokamak.

Hiden Analytical are leading suppliers of quadrupole mass spectrometry equipment, with over 35 years’ experience in designing and manufacturing mass analysis instrumentation for an enormous range of applications.

Few of the sectors that we have provided for exhibit as much potential to change the world as fusion research, which researchers believe will begin supplementing global power grids in coming decades. Our quadrupole systems for fusion research are on the leading edge of energy analysis, with innovative benefits over conventional equipment.

If you would like any more information about our quadrupole systems for fusion research, please do not hesitate to contact us.