The symposium was organized on the University campus in Oslo on June 15th-17th 2014. The Nordic Symposium on Catalysis is organized biannually and circulates among the Nordic countries. The symposia are organized within the framework of the Nordic Catalysis Society, www.nordic-catalysis.org.

The symposium constitutes a unique meeting ground for researchers within all aspects of catalysis in the Nordic countries. The organization committee has chosen “From fundamentals to industrial application” as the topic for this meeting.

Steven Fiddy attended and exhibited on behalf of Hiden Analytical. Our new-look banner display and table cloths were on display at this exhibit. 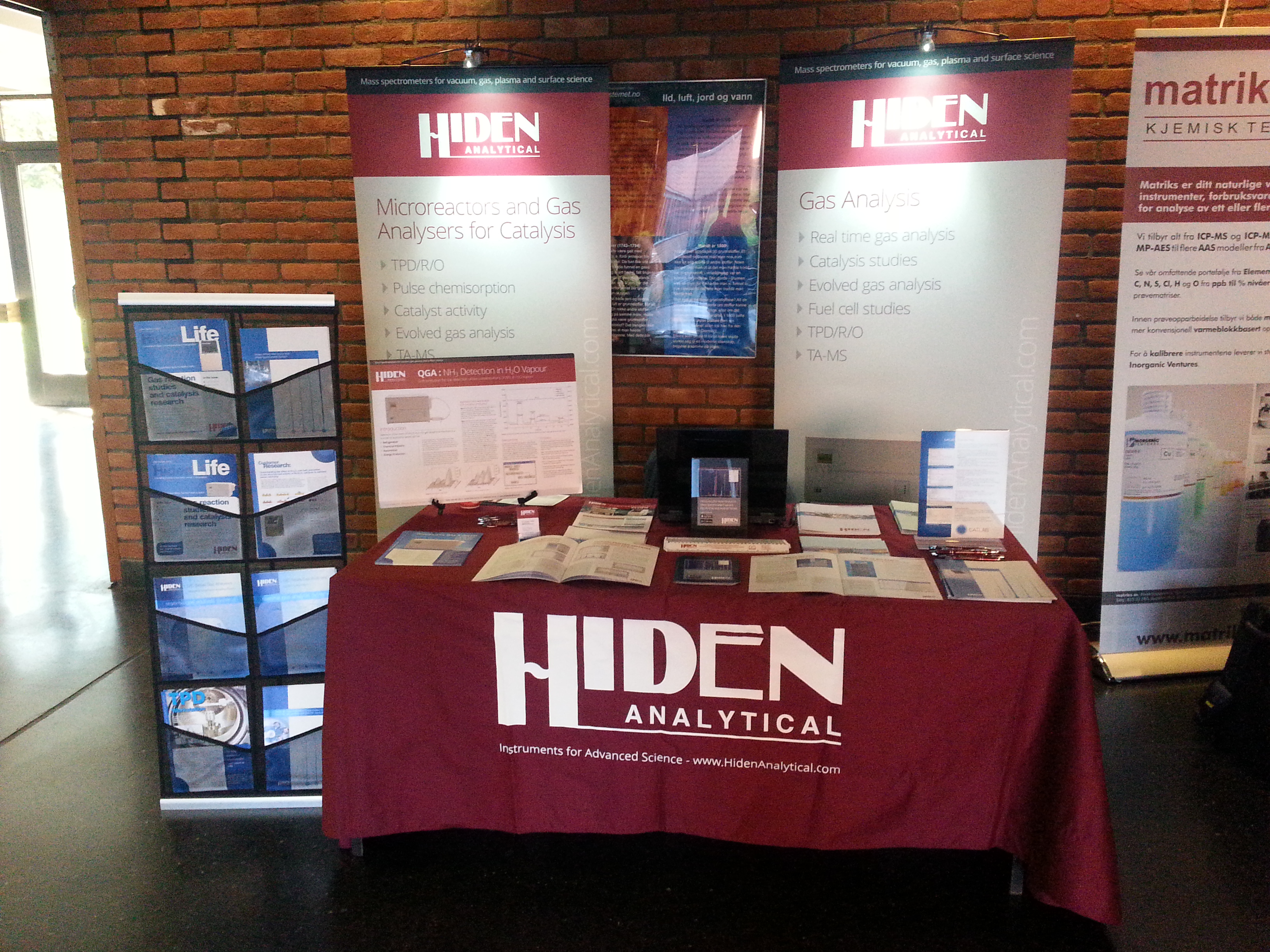