From 4th to 6th October, the University of the Basque Country held the Iberian Vacuum Conference, a meeting organized by ASEVA and SOPORVAC, vacuum associations in Spain and Portugal respectively.

The idea is to continue the meetings started in the Portuguese city of Braga in 1988 and its location over the years has been alternating between both countries. The biannual meeting has become a focus on the most relevant and recent results of the vacuum field and its applications, particularly materials sciences, thin films, electronic processes, plasma physics and nanometer scale processes. 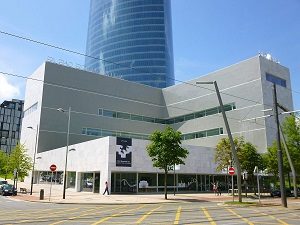 The meeting was attended mainly by Portuguese and Spanish researchers, but also by scientists such as Clemens Laubschat, from the Technological University of Dresden, Germany, Professor Osvaldo de Melo, from the University of Havana in Cuba or Professor Peter Kelly from the Metropolitan University of Manchester, UK.

The program also included activities that allowed visitors to enjoy and learn about the city of Bilbao, such as a guided tour of the Guggenheim Museum and a dinner at the Bilbana Society, a historical and cultural building founded in 1839. In the latter, a special tribute was paid to Professor José L. de Segovia, honorary member and president of ASEVA.

Those responsible for the organization, to whom from here we want to thank you for your invitation to participate in the event, as well as your invaluable help, the President of ASEVA, José Ángel Martín-Gago and the secretary of It, Francisca López Fagúndez, both attached to the Institute of Material Sciences of Madrid, (ICMM).