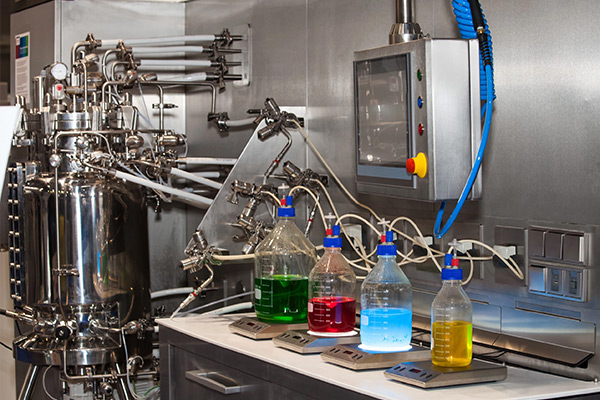 Biocatalysts are natural compounds that can accelerate organic chemical reactions.

This process is typically enzymatic, but various living systems can be used to perform chemical transformations on organic compounds.

Biocatalytic processes are leveraged in various industrial processes such as the fermentation of alcohols and the production of dairy products via catalytic breakdown of milk proteins. Novel biocatalysts and finely-tailored catalytic processes could help researchers develop new chemicals and materials with far-reaching applicability in biochemistry, pharmaceuticals, food production, and more. Oxalate oxidase (CsOxOx) is one such next-generation biocatalyst; the first fungal and bicuspid enzyme shown to catalyze the oxidation of oxalate to carbon dioxide, with potential applications ranging from pulp and paper processing to pancreatic cancer therapeutics.

Our proprietary HPR-40 membrane inlet mass spectrometer (MIMS) can be used to directly measure the consumption/generation of specific gas species via chemical or enzymatic catalysis, including nitric oxide from nitrite and carbon dioxide in oxalate oxidase catalysis.

Characterizing and identifying the reaction kinetics of valuable biocatalysis reactions is a critical area of R&D. Our compact HPR-40 MIMS system is designed to empower researchers with the direct acquisition of species of interest at extremely low limits of detection. Contact us today if you would like to learn more.