Decomposition of Lignin from Sugarcane Bagasse

Mass spectrometry measurements were employed to study the interaction of ozone with sugarcane bagasse. The aim was to remove lignin prior to bagasse hydrolysis exposing the lignocellulosic matrix to the additional enzymatic attack. The reaction mechanisms proposed in the literature are sometimes controversial. In this study the yield of more important radicals were recorded by mass spectrometry, using a Hiden HPR-60 MBMS, where three phases could be observed during the treatment. The first one was characterized by the presence of CO molecules. During the second phase radicals such as O2, CH3OH, OH and H2O appeared. The third stage was characterized by the removal of these radicals and the appearance of the HCOOH, CO2 and H3O radicals. All these results have supported the Criegee’s mechanism in the explanation of ozone attack of the lignin.

Physico-chemical analyses has shown that the lignin content was reduced as a function of ozonation time, achieving the maximum delignification efficiency of about 65% during 4h of treatment.

By optical spectroscopy, an investigation of the influence of typical bagasse sizes and of moisture content in bagasse during the ozonation was performed. The results have indicated that the best condition for the ozone diffusion in the lignocellulosic matrix was for particle bagasse sizes to be less than or equal to 0.5mm with wetness of 50%. This last result (related to moisture content effect) was in agreement with the one obtained via mass spectrometry, corroborating the consistency of both techniques employed.

The FTIR studies revealed that several lignin bonds were strongly affected by the ozonolysis process giving support for the mass detection results related to Criegee’s mechanism as well. The SEM technique demonstrated an alteration on the rugosity of bagasse surface morphology after the ozonation pretreatment procedure. Therefore in conclusion all of the results obtained from several analytical methodologies have strongly indicated that oxidative delignification of sugarcane bagasse via ozone has a great potential for applications on biomass pretreatment methods, in particular for sugarcane bagasse. 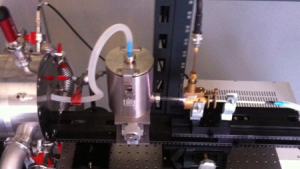 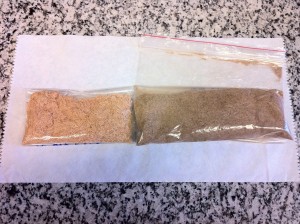 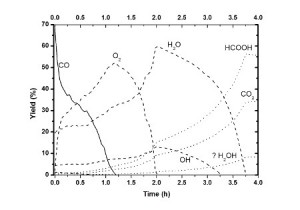