The Symposium on Plasma Physics and Technology has a long tradition and is usually held biennially. This will be the 26th Symposium. It was originally founded for the presentation of results of the Institute of Plasma Physics of the Czechoslovak Academy of Sciences (IPP CAS) in 1967. Since 1969 it has gradually become a Czechoslovak forum in this branch and many famous foreign scientists have made presentations. Since 1993 it has been held in co-operation with the Department of Physics, Faculty of Electrical Engineering of the Czech Technical University (FEE CTU) in Prague.

Since 2000 the SPPT participants had the possibility to offer their original papers based on the SPPT contributions for publication in various Journals (Czechoslovak Journal of Physics, European Physical Journal D, Acta Technica), since 2012 Acta Polytechnica. 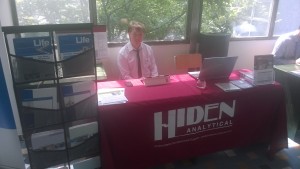