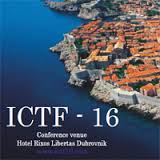 The International Conference on Thin Films series is the oldest among the IUVSTA-endorsed topical conferences. Its history goes back to 1965, when the International Symposium on Basic problems in Thin Films Physics was held in Clausthal-Göttingen in Germany. At about the same time the Thin Film Division of the American Vacuum Society was established and subsequently organized the first International Conference on Thin Films in 1969 in Boston. After the third conference, held in 1975 in Budapest, the Boston conference was in retrospect labelled as ICTF-1, thus starting a current series of triennial conferences which continues until today. Since1980 this conference series has become the responsibility of the IUVSTA Thin Film Division and is successfully organised by TF Division in conjunction with a host national society; the TF Division frequently cooperates with the Surface Engineering Division in program forming.

Today, the International Conference on Thin Films is the primary event for all researchers and persons interested in thin films and coatings aiming to convey their results to the international community. This 16th International Conference on Thin Films (ICTF-16) is the first of such conferences jointly organized by three national Vacuum Societies – Croatian, Hungarian, and Slovenian. We have long history of mutual cooperation regionally, while the ICTF16 International Advisory and Programme Committees consist of established scientists and researchers from all over the world. 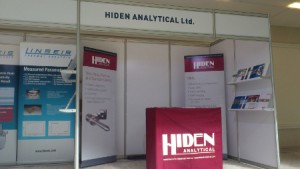