Home | Blog | How Gas Analyzers Can Benefit the Automotive Industry

Emissions standards imposed upon auto engineering firms in the US could be set to change, as the Environmental Protection Agency reviews the current standards which have been in place since 2012. The EPA are considering redressing the greenhouse gas emissions standards for light-duty vehicles due for production in the model years 2022—2025, citing changing economic circumstances as the reason behind the potential shift. Automakers are divided as to the environmental and commercial impact of rolling back these stringent emissions standards, as contemporary gas analyzers are successfully optimizing vehicles in terms of CO2 emissions and fuel efficiency in-line with existing EPA standards.

There is a global trend towards decreasing greenhouse gas emissions in the automotive industry, with increasing numbers of consumers considering reduced emissions as a key performance indicator of a new vehicle. Mass spectrometers, including gas analyzers, for the automotive industry will therefore be of continued importance as American auto manufacturers react to contrasting environmental demands from domestic and global markets.

Gas analyzers are chiefly implemented to monitor the chemical composition of a vehicle’s emissions, yet there increasing applications for such mass spectrometers within the automotive industry: 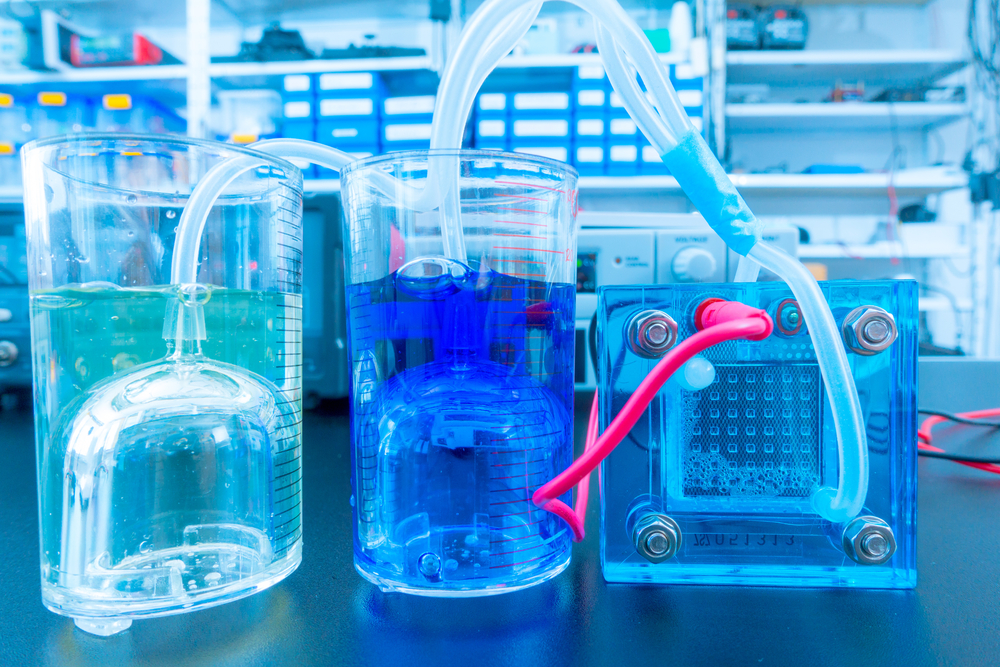 According to the EPA, the transportation sector is responsible for approximately 27% of the US’s total greenhouse gas emissions, and roughly 60% of that figure comes a result of the use of light-duty vehicles. These significant percentages have influenced widespread research into the environmental optimization of essential vehicles, through the introduction of automotive catalysts designed to reduce atmospherically-harmful emissions. Catalytic converters with high geometric surface areas are fitted to exhaust outlets to oxidize pollutant gases, converting carbon monoxide (CO) to carbon dioxide (CO2) for example. This component was made mandatory for any vehicle from the model year 1975.

Vehicle requirements, capabilities, and specifications have changed in the decades since, and continuing innovation in the automotive industry demands improved catalytic materials. Microreactor gas analyzers can perform kinetic and thermodynamic measurements of catalysts to ensure real-world performance of catalytic converters at temperatures up to 1000°C, as well as establishing the agglomeration properties of new catalytic materials which may result in decreased performance after lengthy periods of service due to soot build-up and subsequent surface area degradation.

The CATLAB-PCS system from Hiden Analytical features seamless hardware and software integration with a fast-response time and integrated air-cooling for accurate catalyst characterization.

Gasoline is still the primary fuel source used for automobiles across the world, while diesel fuel remains relatively established in the European market. However, enormous improvements in the electric vehicle industry have significantly reduced consumer concerns about the performance qualities of vehicles which run on alternative sources of fuel. This increasing market awareness and favor towards electric vehicles has invigorated research into cheaper and more efficient cars which eschew fossil fuels in favor of battery, motor, and / or fuel cell setups.

Specialist gas analyzers are available for fuel cell research, to monitor the attributes of evolved gases and vapors in a range of conditions. Hydrogen (H2) gas for example has emerged as a potential candidate for use in automotive fuel cells, but viable hydrogen must meet stringent purity requirements to be used in a vehicle’s fuel cell – otherwise the electrodes may become poisoned, rendering the full cell unrepairable.

The QGA compact bench-top system from Hiden Analytical is capable of high-purity gas analysis and is ideally suited for use in fuel cell research, with an internal gas and vapor mass spectral library and an intelligent scan feature.

Hiden Analytical has been developing and manufacturing gas analyzers for real-time gas / vapor analysis and characterization of catalysts for 35 years, with a proven expertise in various industries requiring mass spectrometry equipment.

If you would like any more information on our gas analyzers which are suitable for use in the automotive industry, please do not hesitate to send us a message.