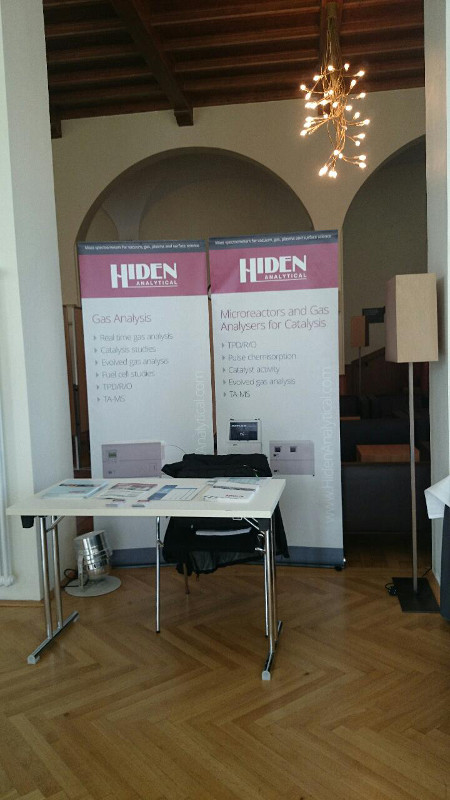 History
This meeting carries the name of Sir Eric Keightley Rideal, a British physical chemist who made lasting and ground breaking contributions to the physical chemistry of surfaces. His best known contribution has been documented in the Eley-Rideal Mechanism for surface reactions. His name is also remembered and honored through several activities of the Royal Society of Chemistry, among them this meeting, which has always been organized within the United Kingdom. A few years ago it occurred to Professor Wyn Roberts at Cardiff, that Eric Rideal, who got his PhD in Bonn in 1912 under the guidance of Richard Anschütz, would have liked the idea of having this particular meeting in Berlin as a first non UK venue. After a prolonged discussion the board of the meeting agreed and Wyn Roberts informed one of the organizers that the idea was approved. Only a few days after this, Professor Roberts passed away. The organizers will hold a memorial session (see below) in his honor during this meeting. The venue will be the then renovated Lecture Hall of the Harnack House where Fritz Haber used to hold the famous Dahlem Colloquia.
Goal

The meeting has always brought together chemists, chemical engineers and physicists interested in the fundamentals and application of catalysis, and heterogeneous catalysis in particular. The specific topic for this conference has been chosen as:

The conference this year was organized in six oral and a poster sessions, each one with a specific topic:

Find out more about our Forthcoming Conferences