The conference has been the forum for discussion since 1953 of nearly all fields in plasma science, from the fundamentals of the interaction of charged particles with molecules to plasma chemistry, surface treatment and thin film technology, plasma medicine, light sources, plasma assisted combustion, plasma material processing, atmospheric and stellar plasmas, environmental protection and pollution control, plasma aerodynamics, and non-thermal plasmas in fusion devices. It is a natural continuation of the last three ICPIG editions held in Cancun (Mexico, 2009), Belfast (UK, 2011) and Granada (Spain, 2013). 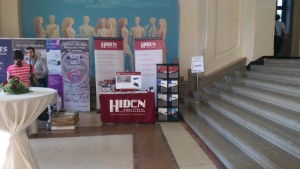 Find out more about our Forthcoming Conferences.