From 1 – 4 October our Agent in Mexico, Anyover, attended and exhibited at the XV Mexican and VI International Congress on Catalysis on behalf of Hiden Analytical. 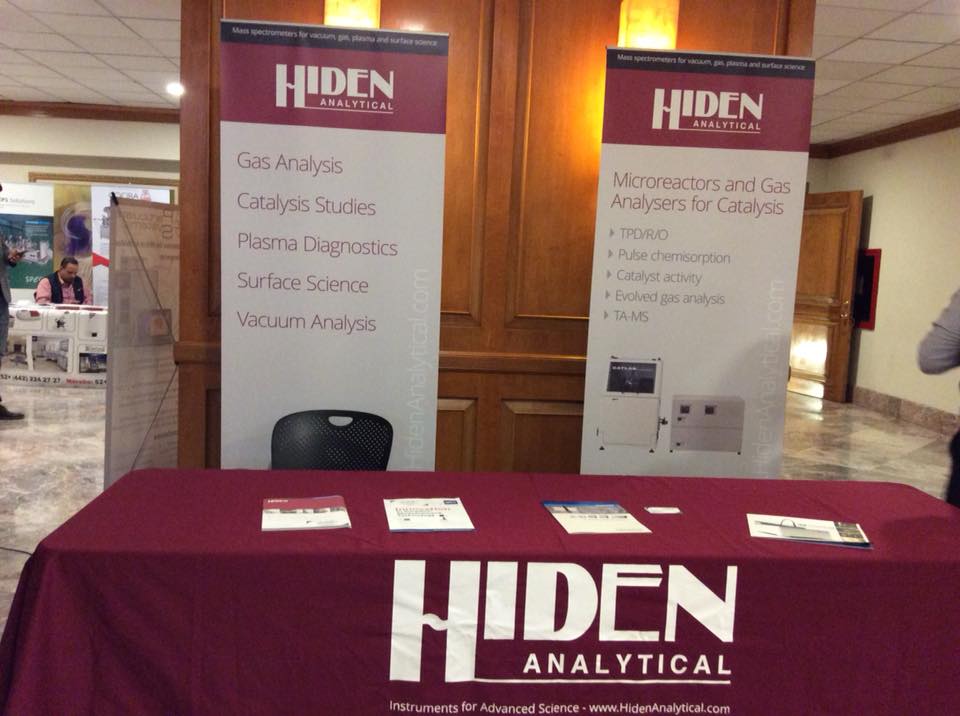 The congress aims to bring together national and international experts on catalysis and related areas to:

The Congress Topics were as follows:

Chemical Engineer with Masters in Kinectic Chemistry and PhD in Physical Sciences at Claude Bernard University in Lyon, France.

Associate Professor at the City College of New York.

Professor of Chemical, Biological, and Materials Engineering at the University of Oklahoma

Ahmad Moini is a well-recognized expert in the area of zeo­lites and catal­y­sis. Dur­ing his career at Mobil, followed by sub­se­quent posi­tions at Engel­hard and BASF, his research stud­ies were directed at var­i­ous aspects of het­ero­ge­neous catal­y­sis for chem­i­cal trans­for­ma­tions and envi­ron­men­tal appli­ca­tions, with a par­tic­u­lar focus on zeo­lite syn­the­sis. He has been a co-inventor on more than 45 U.S. patents. Specif­i­cally, Ahmad is being rec­og­nized for his sig­nif­i­cant con­tri­bu­tions toward the devel­op­ment of the Cu chabazite (Cu-CHA) cat­a­lyst for selec­tive cat­alytic reduc­tion (SCR) of NOx emis­sion from diesel vehi­cles. Ahmad and his team were able to iden­tify unique prop­er­ties of Cu-CHA, mak­ing it a prospec­tive mate­r­ial solu­tion for NOx con­trol by SCR. This research, in col­lab­o­ra­tion with the extended BASF team, led to the devel­op­ment of the Cu-CHA cat­a­lyst, widely accepted as a break­through tech­nol­ogy. Today, it is found on mil­lions of diesel vehi­cles meet­ing strin­gent emis­sion stan­dards world­wide. Since its dis­cov­ery, Ahmad has been instru­men­tal in var­i­ous aspects of prod­uct devel­op­ment, as well as fun­da­men­tal attrib­utes of the asso­ci­ated zeo­lite chem­istry. The impact of this work is also evi­dent by the expo­nen­tial increase in the amount of research activ­i­ties focused on CHA chem­istry and catalysis.

Find out more about our forthcoming events: click here