Study of the catalyst load for a microwave susceptible catalytic DPF

The development of a fast, safe and cost effective Diesel Particulate Filter (DPF) regeneration procedure is the major remaining technological challenge in the use of this device. In our previous works we showed that the simultaneous use of a microwave applicator and a specific catalyst loaded DPF, with 15%wt of CuFe2O4, allows the reduction of the temperature, the energy and the time required for the DPF regeneration. Starting from these very promising results, our research activity is focused on the further improvement of the performances of the catalyzed DPF in terms of catalytic activity, with the aim to reduce the temperature and the microwave energy required for the regeneration. So the objectives of our work are to optimize the preparation procedure of the catalytic DPF, to study the effect of the active species load, and to verify the feasibility of the microwave technology by assessing the energy balance of the regeneration phase, comparing it to the actual employed regeneration technologies. In this assessment, one of the important characterization tests on the prepared catalysts is the Hydrogen – Temperature Programmed Reduction (H2-TPR): these measurements are carried out using a SiC catalytic monolith from room temperature to 900°C at a heating rate of 5 °C/min in 5% H2/N2 flow. The reaction parameters (temperature and concentrations) are monitored by means of a customized Hiden Analytical system based on HPR-20 R&D & Proteus Multi-stream Sampling Valve configuration, able to periodically sample up to 20 discrete gas streams, which were then subsequently analysed by a mass spectrometer (Figure 1). 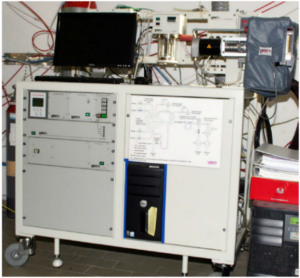 Figure 1: The Hiden Analytical System in the Lab

As an example, Figure 2 shows the result of a H2-TPR performed using a SiC monolith loaded with 15%wt of CuFe2O4.

Figure 2: H2-TPR profile of a SiC monolith loaded with 15%wt of CuFe2O4

The H2-TPR profile shows two pronounced reduction peaks were observed at about 300 °C and 610 °C; these peaks are attributed to the reduction of CuFe2O4 to Cu and Fe3O4, and subsequently of Fe3O4 to Fe. The two reactions are:

The total amount of H2 consumed per mole of Cu (H2/Cu ratio) was 4.4, which is consistent with that for the complete reduction of CuFe2O4 to Cu and Fe according to the following reaction:

The value of 4.4 corresponds to about 17%wt of CuFe2O4 which is in good agreement with the estimated 15%wt of CuFe2O4 on the monolith. Furthermore, as reported in the literature, after the reduction, the mixture of Cu and Fe is favourable for the formation of CuFe2O4 at high temperature (about 800 °C in air). The TPR profile shows that the catalyst loaded monolith is able to act as a redox oxidation catalyst active in the temperature range 300 – 800°C due to the presence of a very good and homogeneous copper ferrite dispersion.