A novel dynamically-controlled membrane batch reactor, which combines the variable volume operation of CHAMP (CO2/H2 Active Membrane Piston) with the direct injection of liquid fuel of DDIR (Direct Droplet Impingement Reactor) for enhanced power density, is demonstrated and experimentally characterized in this study. A laboratory-scale CHAMP-DDIR, consisting of a variable volume piston-cylinder reactor chamber and an actively-controlled micro injector for liquid fuel atomization, is used with a Pd-Ag foil membrane and Cu/ZnO/Al2O3 catalyst to steam reform methanol for hydrogen generation (Figures 1 & 2). Two modes of CHAMP-DDIR operation, pulse-modulated fuel injection and batch reaction with dynamically-adjusted reactor volume, were investigated, and their performance was quantified using metrics such as hydrogen yield measured using a mass spectrometer (Hiden Analytical Quadrupole HPR-20) and volumetric power density, and compared with those for a baseline operation (single fuel injection with fixed reactor volume). The experimental results showed that the residence time for the same hydrogen yield can be reduced by compressing the reactor volume during the conversion cycle. The residence time reduction was primarily as a result of higher hydrogen partial pressure in the reactor chamber and thus higher rates of hydrogen permeation. In addition, pulse-modulated fuel injection experiments revealed that a significant reduction in required reactor volume can be achieved with multi-shot split fuel introduction (Figure 3 (a) & 2 (b)). Both the reduction in required cycle time and the reduction in required reactor volume increase the volumetric power density of CHAMP-DDIR. Importantly, a significant improvement in volumetric power density is revealed as a result of combining time-modulated fuel introduction with reduced reactor volume. The demonstrated power density enhancement achieved through the dynamic compression of reactor volume was 17%, and the enhancement achieved through time-modulated fuel introduction was 38% (for 85% hydrogen yield efficiency under the constraints of the same maximum operating pressure and total amount of fuel) (Figure 3 (c)).

Figure 1. Schematic of the experimental CHAMP-DDIR reactor and piping/instrumentation diagram

The enhanced power density and potential for hydrogen throughput control demonstrates the value of CHAMP-DDIR for applications such as transportation, where high power density and the ability to meet time varying power demands are important. 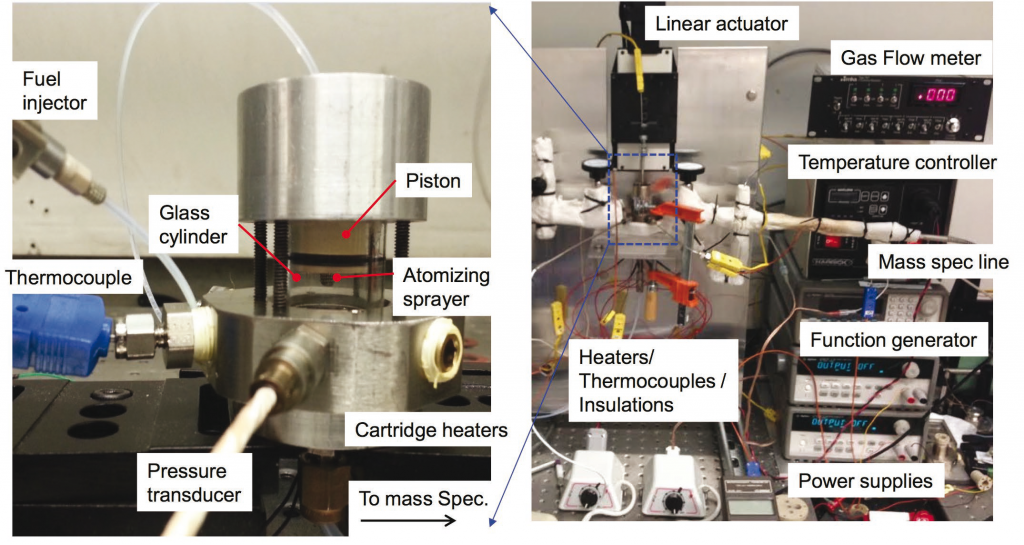 Figure 3. Results for time-modulated fuel injection experiments with constant, but different reactor volumes (6cm3 and 4.5cm3) under constrained pressure: (a) H2 permeation rate, (b) H2 yield efficiency, and (c) volumetric power density for 4 shot injection (4.5cm3) and single injection (6cm3) fixed volume operations for the reactors operated under a constraint of the maximum peak pressure. Initially, the hydrogen generation rate is higher with the single shot/large volume operation as compared to the multi-shot/small volume operation. However, because the smaller volume reactor maintains a higher pressure over most of the cycle, total H2 yield becomes similar around 70% yield efficiency. For 85% hydrogen yield efficiency, volumetric power densities were improved by 38% by splitting fuel injection into 4 shots and using a 25% smaller volume.