Hydrogen is considered as a promising alternative energy carrier owing to its high-energy density, abundance, light weight and pollution-free burning [1]. Developing a safe and efficient hydrogen storage material is one of the key challenges for the mobile application of hydrogen [2]. Due to the high gravimetric (18.5 wt.%) and volumetric (121 kg H2/m3) hydrogen density, lithium borohydride (LiBH4) has been acknowledged as a potential candidate for hydrogen storage materials [3]. However, due to the unfavorable high thermal stability (e.g. decomposition peak temperature of ~ 470 °C), the practical utilization of LiBH4 as hydrogen storage medium is hampered [4]. Hence, several approaches including reactant destabilization, catalyst/additive introduction, nanostructuring, and anion/cation substitution have been applied to decrease the dehydrogenation temperature and accelerate the kinetics [5].

Nanoengineering had been demonstrated to be a useful method to reduce the dehydriding/rehydriding temperature of LiBH4 by decreasing diffusion path lengths and increasing surface areas [6]. However, nanoscale LiBH4 is too reactive and very sensitive to the water and oxygen in the air, which impede its practical utilization. PMMA ((Poly (methyl methacrylate))), with a high permeability ratio of H2/O2, was reported to have good gas selectivity [7]. Therefore, in this project, PMMA was applied to protect LiBH4 from oxygen and water but let the hydrogen get in or out freely (Scheme 1). Furthermore, the nanoconfinement of LiBH4 in the fine network pore of PMMA and the interaction between the B atom in LiBH4 and the O atom in C=O of PMMA resulted in a much lower hydrogen release temperature of LiBH4. LiBH4 PMMA composite started to dehydrogenate at 53oC and released 5.2 wt.% of hydrogen at 162oC within 1 h. This project provides a general strategy to utilize a gas-selective polymer to protect air-sensitive hydrogen storage compounds and improve their hydrogen storage properties. 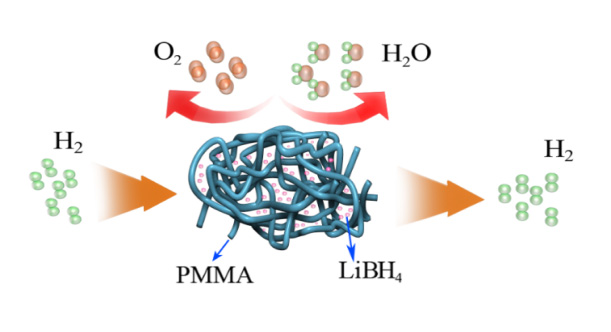 Scheme 1. Schematic illustration of LiBH4 protected from oxygen and water by PMMA.