Effect of catalyst structure on steam reforming of toluene over Ni/La0.7Sr0.3AlO3−δ catalyst

We focused on steam reforming of biomass tar, which is an alternative to fossil fuels and includes toluene-like compounds in its structure. Generally, for Ni supported on metal oxide (Ni/metal oxide), aromatic hydrocarbons tend to form carbon covered active sites of catalyst and this deactivates the catalyst. Nevertheless, it was revealed that Ni/La0.7Sr0.3AlO3-δ has high activity and low carbon deposition during toluene steam reforming. In this reaction, lattice oxygen plays an important role for oxidizing surface carbon and decomposing reactant toluene. Therefore, we needed to confirm the relationship between lattice oxygen release rates from the metal oxide and reaction rates, amounts of deposited carbon by detecting the emission behavior of lattice oxygen in/on the perovskite oxide.

Release of lattice oxygen was observed only for Ni metal supported on metal oxides like La0.7Sr0.3AlO3-δ, which suggests that the existence of Ni is significant for lattice oxygen release. Thereby, the calcination temperature of the Ni nitrate (the precursor of Ni) was changed to control Ni particle size on each Ni/La0.7Sr0.3AlO3-δ catalyst. Consequently, each catalyst had different Ni metallic surface area and perimeter between Ni and metal oxide. As the calcination temperature of supported Ni decreased from 1373 K to 1073 K, the release rate of lattice oxygen increased from 22.8 to 64.0 mol sec-1 g-cat-1. Concurrently, toluene conversion and hydrogen yield drastically increased from 4.7% to 49.9% and from 4.1% to 41.9%, respectively. On the other hand, the carbon deposition declined significantly from 111.1 to 29.9 mg g-cat-1. According to these results, lattice oxygen enhances the catalytic activity and stability, oxidizing surface carbon and toluene. 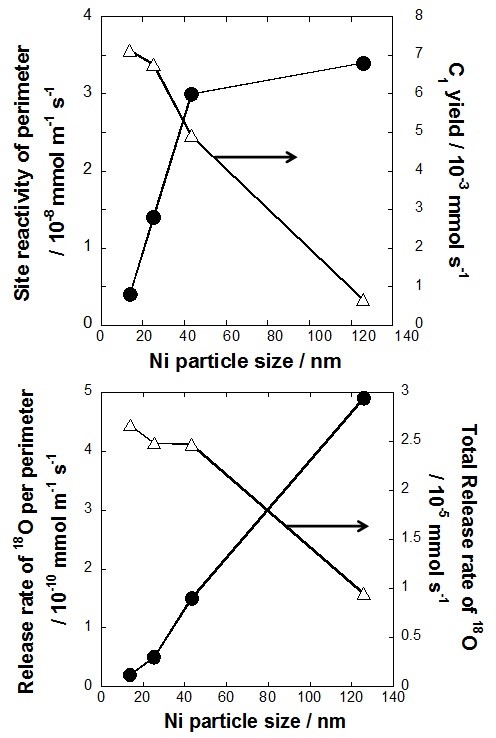 Fig. 2 Effect of Ni particle size on the redox properties and reactivity of the catalyst.