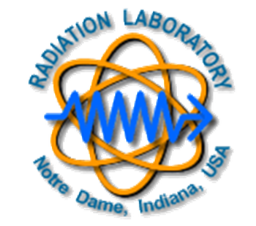 Significance: Dissociative electron attachment (DEA) is an electron-induced fragmentation process, occurring at low energies (<15 eV), that is of interest to the fields of radiation chemistry, physics, radiation therapy, astrochemistry, and materials and surface science. N-methylformamide (HC(O)NHCH3, denoted as NMF), a simple amide containing the peptide linkage, mimics a possible scenario that could happen locally in peptides. Low energy secondary electrons (<20 eV) are primarily formed within cells during radiation cancer therapies; thus, studies of electron interactions with biomolecules, such as NMF, have become vital to understand the short- and long-term effects of such therapies. One eventual aim is the understanding of DEA in relation to larger peptides and proteins, which is valuable to many fields, specifically radiation therapy research.

Summary: Having purchased two Hiden Analytical Ion Desorption Probe (IDP) Quadrupole Mass Spectrometers (QMS), the Ptasińska lab is uniquely equipped for DEA studies. This investigation used a new and recently optimized experimental high vacuum chamber (base pressure ~ 1×10-8 mbar) that was designed and built at the Notre Dame Radiation Laboratory (NDRL). Using this unique system, crossed molecular beam/low-energy electron experiments can detect anions, cations, radical, and neutral species using mass spectrometric detection with the IDP-QMS from Hiden. The IDP-QMS system was used for gas-phase detection of anions resulting from the DEA to NMF and N methyl-d3-formamide (d3-NMF) using the internal oxide coated iridium filament as the electron source in the negative Residual Gas Analyzer mode. Anions formed upon electron bombardment in the ion source were then detected by an ion counting detector in the IDP-QMS. Anion mass spectra were obtained at several electron energies, and then energy scans (0-15 eV) were performed for each observed anion (dwell time 1 s, energy step 0.1 eV) using MASsoft version 7 Professional software by Hiden. An average electron energy resolution of ~500 meV at an electron current of 2.0 μA was determined from the SF6¯ signal at 0 eV.

As shown in the figure, the dominant fragmentation pathways from the DEA to NMF involved the formation of CN¯ and OCN¯ near 1.5 eV produced from the electron capture by the π* orbital of C=O combined with the scission of the N-CH3 bond and simultaneous formation of a C=N π bond. We also observed the [Parent – H]‾ yields induced by the electron attachment to NMF and d3-NMF. Two peaks were observed: one with a maximum near 3 eV and a broader peak with a maximum near 9 eV. The anion signals for m/z 58 could be due to the loss of H• from the methyl group, the amide group, or the aldehyde group of the NMF molecule. However, the [Parent-H]¯ signal at m/z 61 from d3 NMF confirms site selectivity for the formation of this ion and excludes H loss from the methyl group of NMF. Peptide bond (O=C-N H) cleavage was also observed resulting in both CH3NH¯ and HCO¯, minor dissociation channels requiring higher energies (> 5 eV). The experimentally observed resonances and proposed reaction channels were explained in terms of newly estimated thermodynamic thresholds for their formation. Our results showed that precise control of the impinging electron energy does affect the resulting fragmentation pathways induced by the DEA to NMF, especially regarding peptide bond cleavage. In addition, this study broadly contributes to understanding the ionizing radiation effects on amino acid, peptide, and protein structures. This investigation serves as a starting point for DEA studies of larger molecules, particularly longer chain molecules containing the peptide bond. Example anion signals induced by electron attachment to N methylformamide and N methyl d3 formamide. The most abundant anions formed are CN¯ and OCN¯. The resonances at m/z 61 show that cleavage from the methyl group does not occur, confirming site-selective dehydrogenation.

Funding:
The research described herein was supported by the Division of Chemical Sciences, Geosciences and Biosciences, Basic Energy Sciences, Office of Science, United States Department of Energy (DOE) through Grant No. DE-FC02-04ER15533.