Element- and charge-state-resolved ion energies in the cathodic arc plasma from composite AlCr cathodes in argon, nitrogen and oxygen atmospheres

Cathodic arc plasmas are frequently applied to deposit wear-resistant coatings like Al-Cr-N and Al-Cr-O. The metals are introduced as cathodes which are eroded due to the interaction with the plasma. Placing substrates in the plasma stream, metal ions and atoms can condensate on the substrates and a film or coating can grow. Reactive gases like N2 or O2 are added in order to enable the synthesis of nitrides, oxides or oxynitrides. Cathodic arc discharges are typically characterised by a high degree of ionisation which allows for controlling the film growth. By applying a negative bias voltage on the substrates the positively charged ions from the plasma are accelerated towards the substrate resulting in a densification of the growing film. However, even though the fundamentals of cathodic arc discharges have been studied in great detail in the past decades, the plasma properties actually present in the deposition processes to synthesise wear-resistant coatings have only been scarcely investigated. 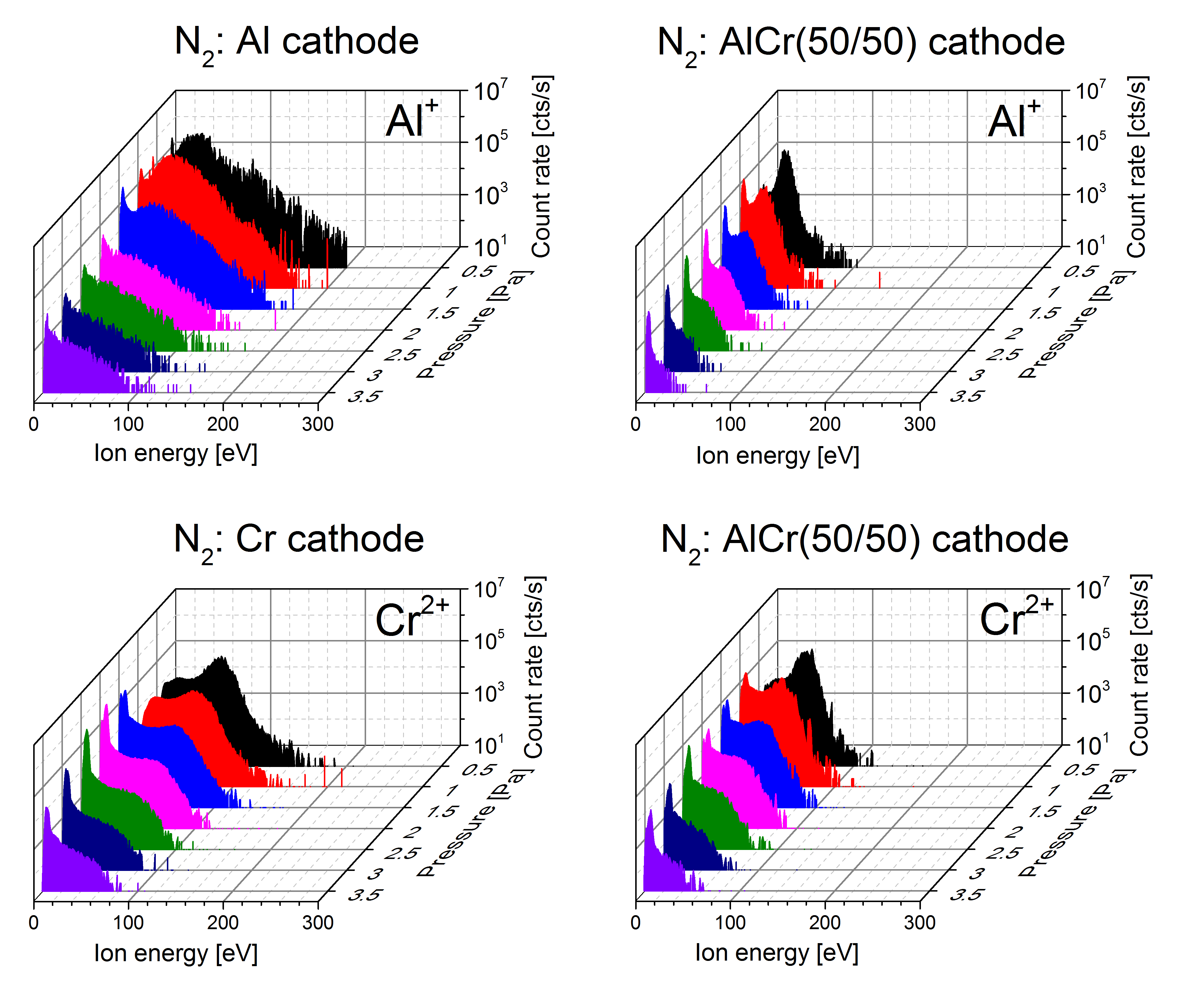 Figure 1: IEDFs of Al+ and Cr2+ ions from single-element Al and Cr as wells as from a composite AlCr cathode with a composition of 50/50 at.% at different N2 gas pressures.

Even though multiply charged ions with high energy are present in vacuum arc discharges, a significant reduction in the mean ion charge state, the ion energy and the number of ions is observed with increasing gas pressure regardless of the cathode composition. However, the choice of the cathode material also influences the plasma properties as generally lower ion energies and charge states were observed in the arc plasma from the composite than from the single-element cathodes (see examples in Figure 1). 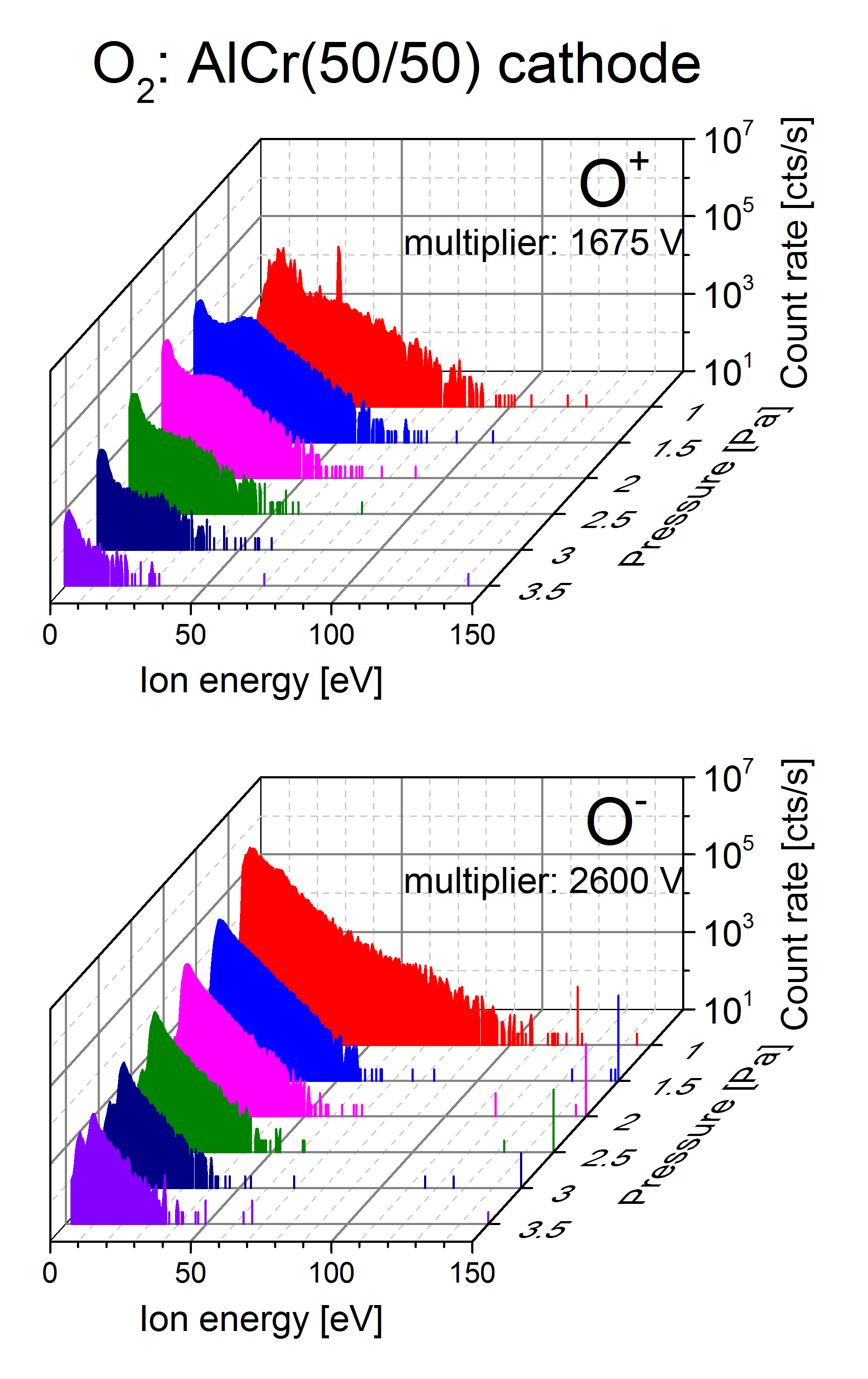 Figure 2: IEDFs of O+ and O– ions from a composite AlCr cathode with a composition of 50/50 at.% at different O2 gas pressures.

To find out more about this product visit the EQP product page or if you would like to contact us directly please Send us a Message.