Tin oxide (SnO2) has been widely explored for applications such as transparent electrodes, n-type thin-film transistor (TFT) solar cells, electromagnetic shielding, and gas sensors due to its excellent semiconductor properties, low resistance, and high optical transparency in the visible range. However, few studies on the preparation of SnO2 films using high-power pulsed magnetron sputtering have been reported. The high-power pulsed magnetron sputtering (HiPIMS) technology developed based on conventional magnetron sputtering has attracted people’s attention due to its extremely high target ionization rate. It works by increasing the peak power of the pulses. A magnetron sputtering technique achieves a high sputtering metal ionization rate while maintaining a low pulse duty cycle. By applying power in pulses with a high amplitude and a low duty cycle, large fractions of sputtered atoms and near-target gases can be ionized. The dense plasma in front of the target serves a dual purpose of maintaining the discharge and assisting film growth by altering the microstructure of growing films. Oxygen content is a critical parameter in the fabrication of SnO2 thin films by high-power pulsed magnetron sputtering. The oxygen ratio in the film may slightly differ from the oxygen partial pressure rate provided by the flowmeter. The resulting oxygen vacancies will cause lattice distortion affecting the mobility of charge carriers in the SnO2 film. Therefore, the oxygen partial pressure during the sputtering deposition process is the main factor affecting the conductivity of the SnO2 film. 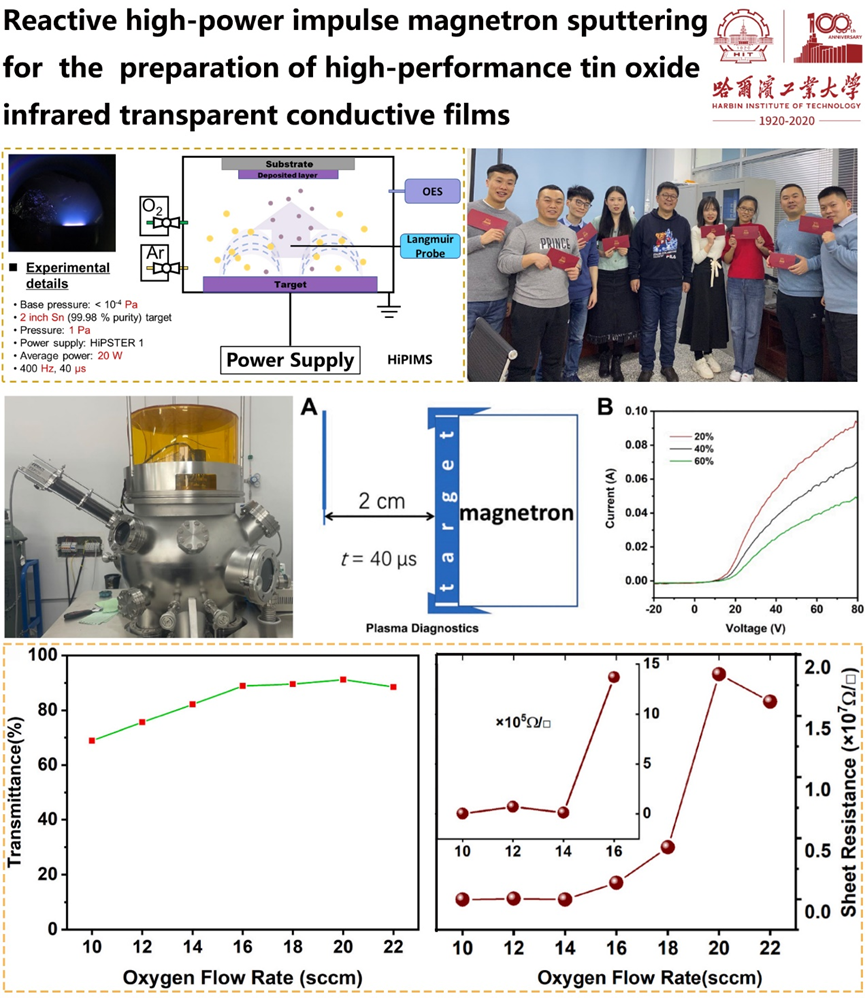 To find out more about these products visit the ESPion product page or if you would like to contact us directly please Send us a Message.