Optimizing the fabrication of nuclear fuels

Uranium dioxide (UO2) as well as actinide mixed oxides such as (U,Pu)O2 MOx are currently employed as fuels in several types of nuclear reactors and still appear to be reference components for future concepts. If the sintering of these ceramics was extensively investigated for powder metallurgy methods, the recent emergence of new ways of preparation for actinides dioxides, mainly based on the precipitation of low-temperature precursors, requires caring about the role of chemistry during sintering and its influence over the final microstructure of the pellets. In this study, the preparation of UO2 powders was undertaken from uranium(IV) oxalate in order to study the influence of several parameters over the densification process, including the impact of the residual carbon content remaining in the oxide after thermal conversion of the initial precursor.

The extensive characterization of the powders obtained from the conversion of oxalate precursor under various heating conditions revealed the crucial role played by the atmosphere of calcination. In the particular case of uranium-bearing compounds, the main differences evidenced arose from the oxidization of U(IV) under air. Indeed, this latter yields to modifications at the microscopic scale, particularly concerning diffusion coefficients that strongly affect the development of the powder microstructure. These changes not only concerned the crystallite size, which strongly increased during calcination under oxidizing atmosphere, but also the grains morphology at the macroscopic level through solarization-related processes.

Densification processes and final microstructure of the sintered pellets prepared after sintering at high temperature also significantly differ regarding to the conditions of preparation of the starting powder. Such modifications mainly arise from the differences detailed above, but also from variations in the residual carbon content of the oxide powders. Although expected from the data previously reported in the literature for other actinide-bearing oxides prepared from oxalate precursors, the effect of the atmosphere of conversion on the residual carbon content was confirmed in this study. As a matter of evidence, the amount of carbon was systematically found to be 4 to 5 times higher in the samples prepared under only reducing conditions. Moreover, an original coupling between dilatometric measurements and MS analysis (Fig. 1) was set up thanks to a Hiden Analytical QGA analyser. 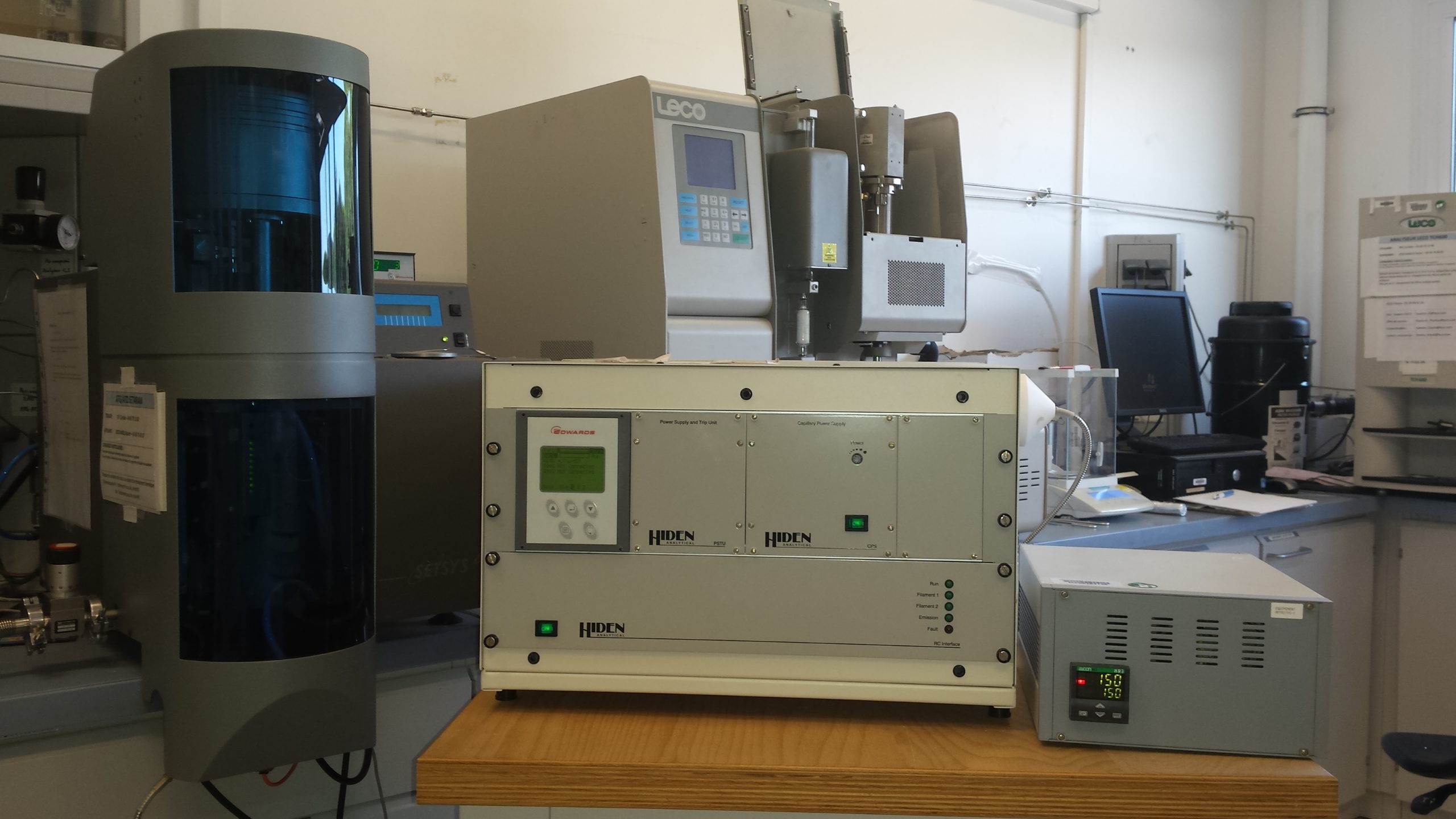 It revealed that carbon was eliminated during the first step of the densification as gaseous CO2. However, the residual carbon content appeared to be more likely a second-order parameter to be considered in order to assess the behaviour of the samples during the sintering process. Indeed, the more important variations stated when studying the microstructure of the sintered samples came from morphological or redox considerations (presence of U3O8 in the starting powder, decrease of reactivity through enhanced crystallite growth, …). Conversely, despite of the important differences measured in terms of carbon content in the final samples, neither the average grain size nor the relative density of the sintered pellets were found to be significantly modified. 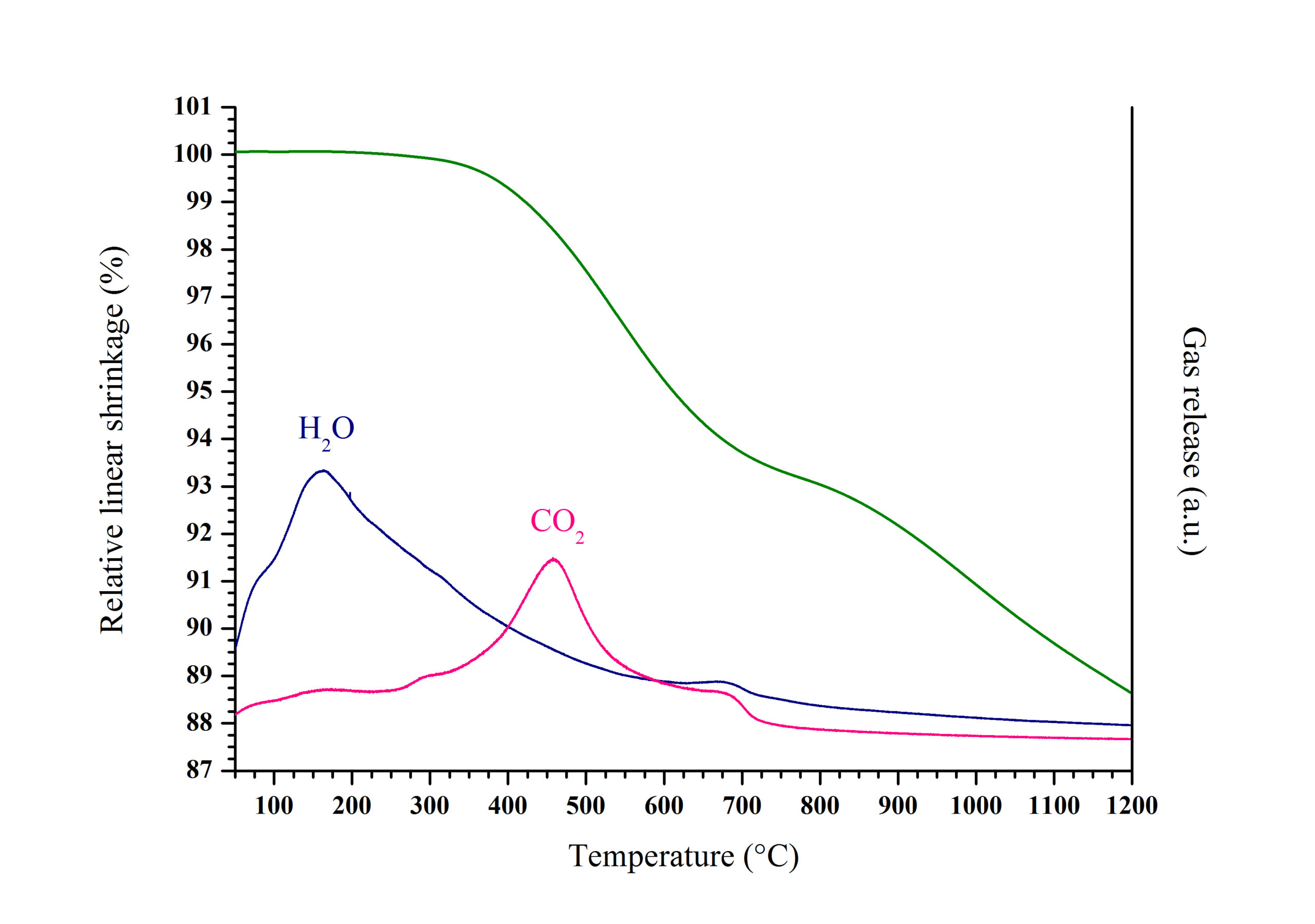 Fig 1. Dilatometry/MS study of the sample obtained after conversion of U(C2O4)2.2H2O under reducing atmosphere at 500°C.

To find out more about this product visit the QGA product page or if you would like to contact us directly please Send us a Message.