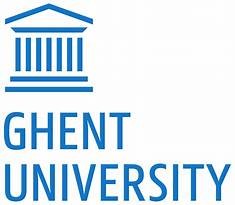 Atomic layer deposition (ALD) is a coating technique that allows to coat challenging 3D substrates in a uniform and conformal way, with atomic layer thickness precision. To this aim, it leverages chemical surface reactions between two species, typically an organometallic precursor and water or a gas such as O2 or H2. Sometimes this gas is activated by means of a plasma. This creates reactive radicals and ions. In our recent work, researchers of Ghent University studied how plasma parameters such as power, pressure and flow influences the creation of both ions and radicals in a remote, inductively coupled oxygen plasma, and how their presence influences the growth and physical properties of films deposited with plasma-enhanced ALD.

First, the creation of these species was studied with optical emission spectroscopy (OES) in the plasma region. It was shown that with increasing power and flow, the amount of radicals created increased in favor of the amount of ions. Varying the pressure (in a limited range) while the flow was kept constant did not yield significant changes in the optical spectra in the plasma zone.

However, optical measurements are limited to the plasma region, while the film growth takes place in the remote region (at the place where a substrate would be). Furthermore, OES sensitivity is limited to species emitting in the probed wavelength range. Using a Hiden electrostatic plasma analyzer, the researchers were able to collect energy-resolved spectra for positive and negative O and O2 ions in situ, in the remote region. It was observed that even a moderate pressure increase actually has a large impact on the energy and flux of ions (positive and negative) towards the substrate. On one hand, this information was used to propose and verify a strategy to mitigate stress-induced bubbles in plasma-enhanced ALD films. It was shown that a pressure increase drastically reduced and even completely removed the formation of bubbles in the films. On the other hand, these energy-resolved spectra could as well serve in research hoping to harness the ions for film modification (e.g. the crystal structure). 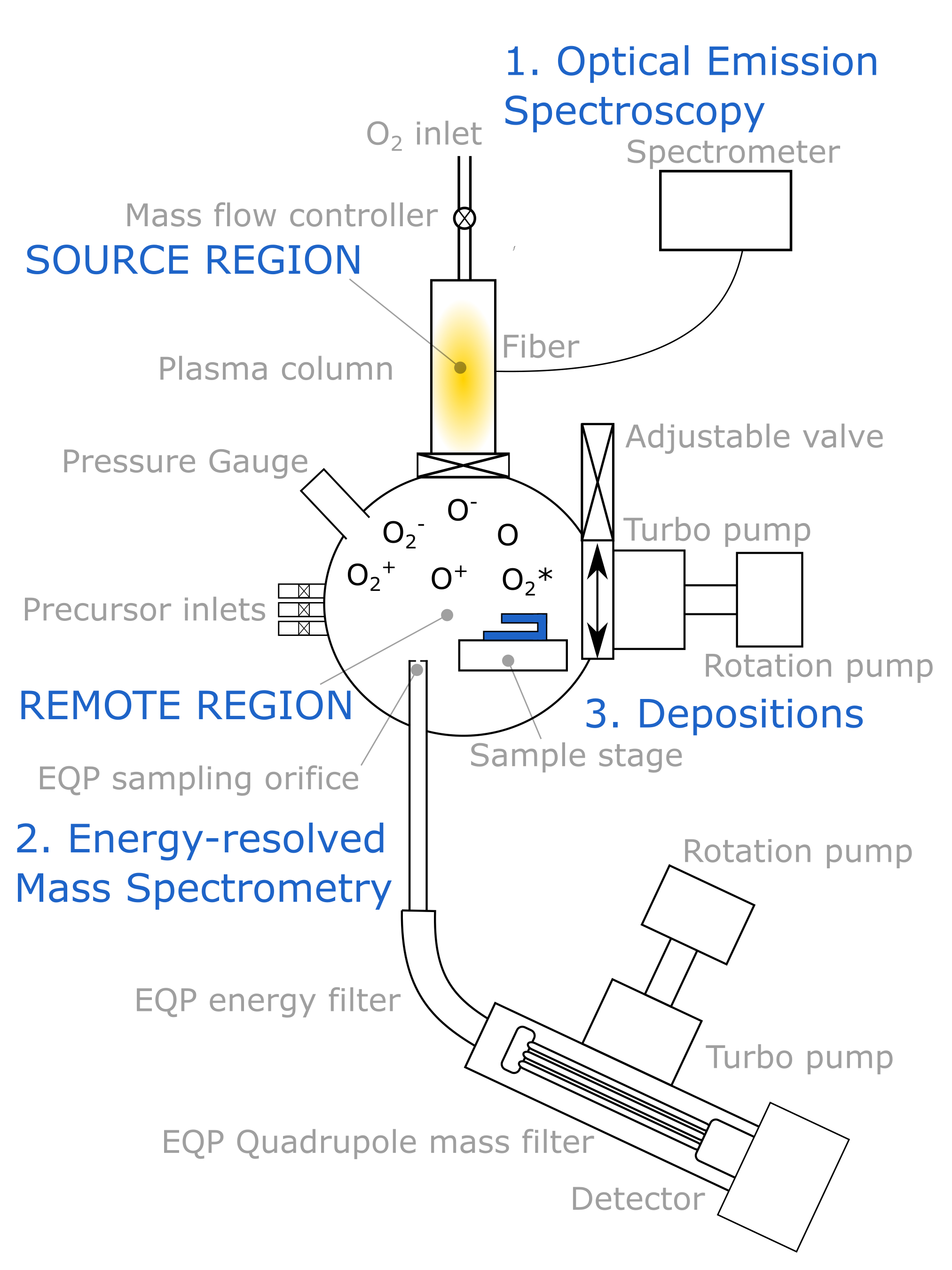 Finally, depositions in complex structures were used to investigate the effect of plasma parameters on the radical partial pressure in the remote zone. Simulated deposition thickness profiles in these structures (how well they are coated) were fitted to experimentally obtained thickness profiles, using the effective deposition as an indirect way to measure the partial pressure of radicals.

The researchers hope that this work leads to a more rational parameter choice for plasma-enhanced ALD processes, especially when these processes are upscaled. The wide range of techniques they employed can be used to characterize other plasma sources gas mixes and reactor geometries.

[1] Reproduced from “Plasma-enhanced atomic layer deposition: Correlating O2 plasma parameters and species to blister formation and conformal film growth” JVST A 39, 062402 (2021) DOI: 10.1116/6.0001094, with the permission of the American Vacuum Society