Polycrystalline monolayer graphene films grown by chemical vapor deposition were exposed to a low-pressure inductively coupled plasma operated in a gaseous mixture of argon and diborane. Based on Langmuir probe and Optical Absorption Spectroscopy measurements, the discharge conditions were selected to be as “mild” as possible to minimize damage formation on graphene by very-low-energy ions and metastable argon atoms. In addition, the pressure was kept low enough to prevent dust formation, which is commonly seen in argon plasmas containing silane, acetylene or hexamethyldisiloxane. Plasma Sampling Mass Spectrometry (PSMS, HAL EQP from Hiden Analytical Ltd) in the Residual Gas Analysis (RGA) mode was also used to analyze plasma-induced fragmentation of diborane. Typical ion count ratios of the main species observed at plasma ON over the ones recorded at plasma OFF are presented in Figure 1. Here, B2H6 fragmentation can be estimated using the B2H4+ signal (at m/z=26); this yields (1 – 26on/26off) × 100 = 95.5%. Such high precursor fragmentation levels suggest the formation of very dense populations of boron and hydrogen atoms. This is partially confirmed with a value of 1.6 for the ON/OFF ratio of boron atoms. However, even if the B2H6 fragmentation is important, the populations of BxHy fragments remain significant such that the plasma-induced dissociation does not lead to 2 boron atoms and 6 hydrogen atoms. In such conditions, X-ray photoelectron spectroscopy (XPS) indicates the formation of a boron-containing layer at the surface of graphene and provides evidence of a substitutional incorporation of boron atoms within the graphene lattice. By carefully removing the contribution from the boron containing layer in the XPS C1s and B1s peaks, the concentration fraction of boron atoms incorporated in the lattice can be extracted. Graphene doping by graphitic boration was further confirmed by hyperspectral Raman Imaging. This complete set of data demonstrates that diborane-containing plasmas are efficient tools for boron substitutional incorporation in graphene with minimal defect generation and domain hydrogenation. 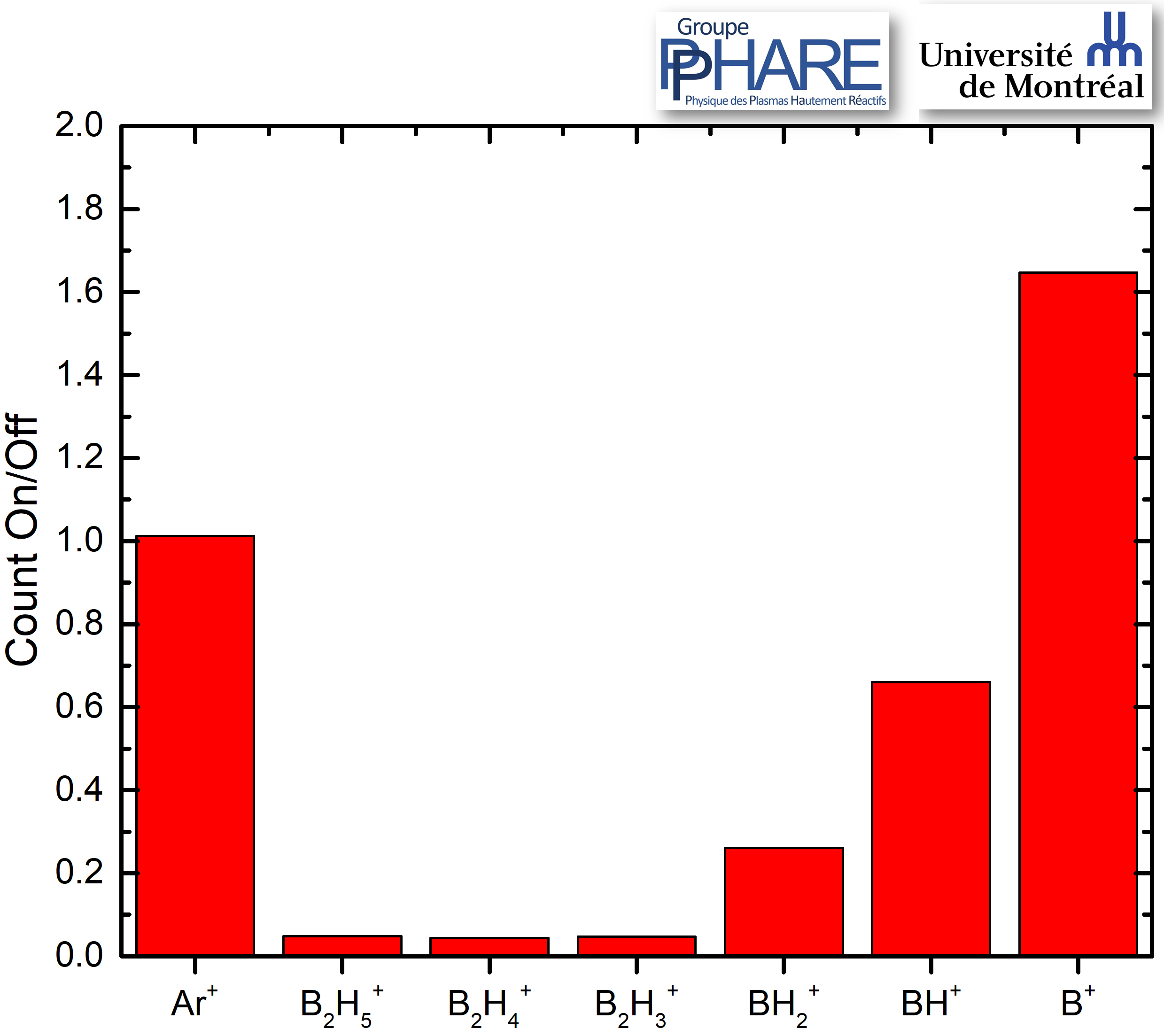