Mo-Cu is a promising two-element material mixture, which combines the low thermal expansion coefficient of molybdenum with the excellent thermal/electrical conductivity of copper. This mixture can find an application in a thin-film form as a base-plate material for electronic microchips/systems requiring high heat dissipation rates combined with a minimal change in geometry upon heating/cooling. A widely used method for material synthesis in thin-film form is vacuum-arc evaporation. There are, however, still almost no reports on arc-plasma generation from Mo-Cu cathodes. Therefore, we studied a correlation between cathode composition and features of the DC arcing process for eight Mo-Cu cathodes with different relative amounts of Cu. It was found that the properties of the generated plasma are strongly dependent on the relative ratio of the cathode elements. 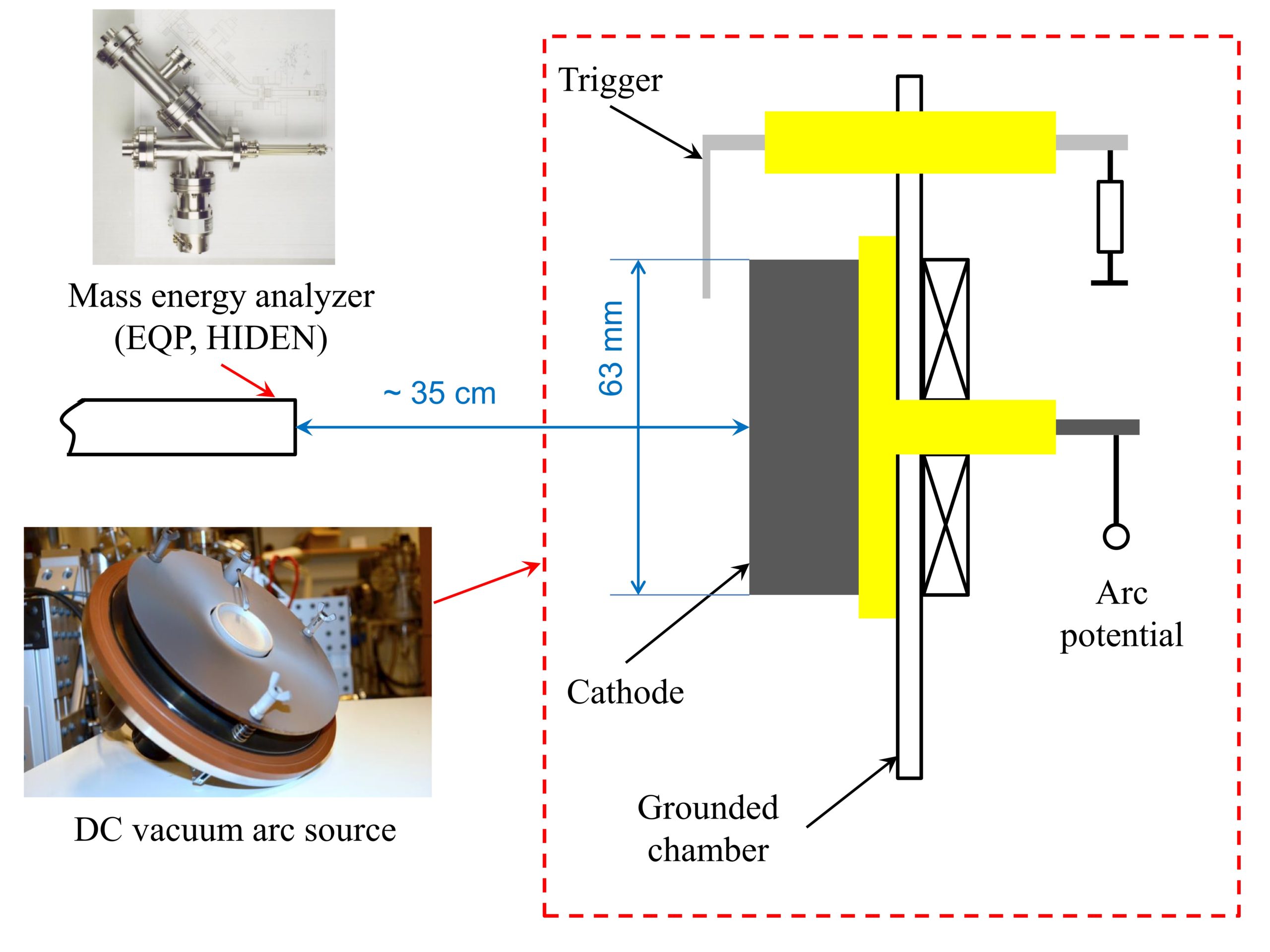 Our experiments were performed using a deposition system which is equipped with a DC arc source for 63 mm diameter cathodes, see Figure 1. The arc current used in all experiments was 70 A, and the base/operational pressure was around 5 × 10−6 Torr. A mass-energy analyzer (Hiden Analytical model EQP 1000) was placed in front of the arc source with the orifice (50 μm diameter) about 33 cm from the cathode surface. For each cathode, generated from the arc spot (Figure 2) plasma was characterized through mass-scans at fixed ion energy and energy scans at a fixed mass-to-charge ratio for all detected ions. The energy scans were recorded in steps of 0.25 eV/charge up to 200 eV/charge to capture the entire ion energy distribution (IED). The presence of isotopes in the ion flux and their influence on the relative ratios of the measured IEDs were evaluated in line with our previous work, see Ref. 1. To determine the plasma composition, the IEDs were integrated to obtain areas proportional to the number of ions of each species. The integral average energies and charges were calculated according to Ref. 2. The average ion energies and the ratios between the total intensities of IEDs of different ions in one cathode are found to be reproducible within 5%. 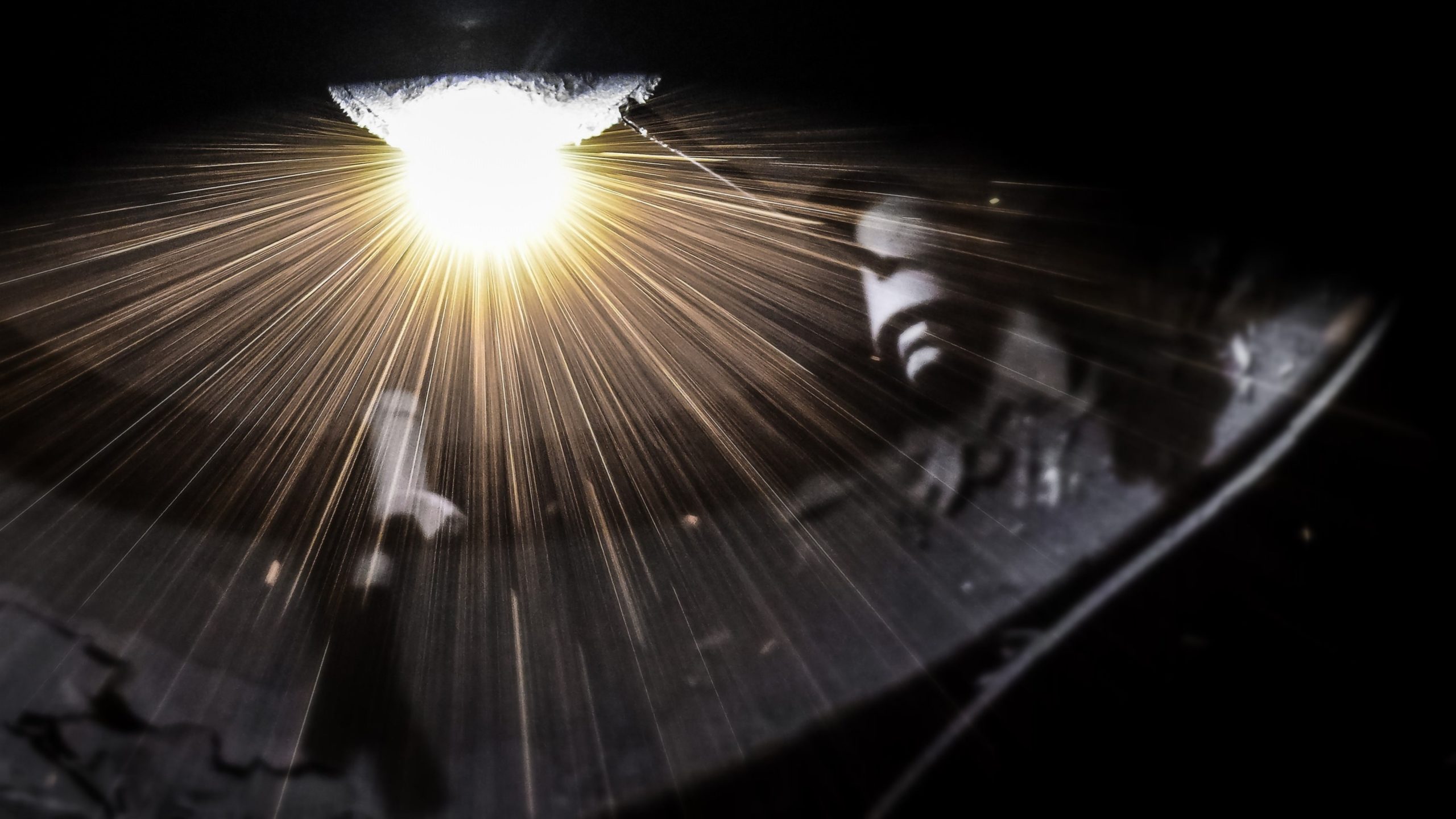 Figure 2. Visual observation of the arc spot on the Mo0.79Cu0.21 cathode 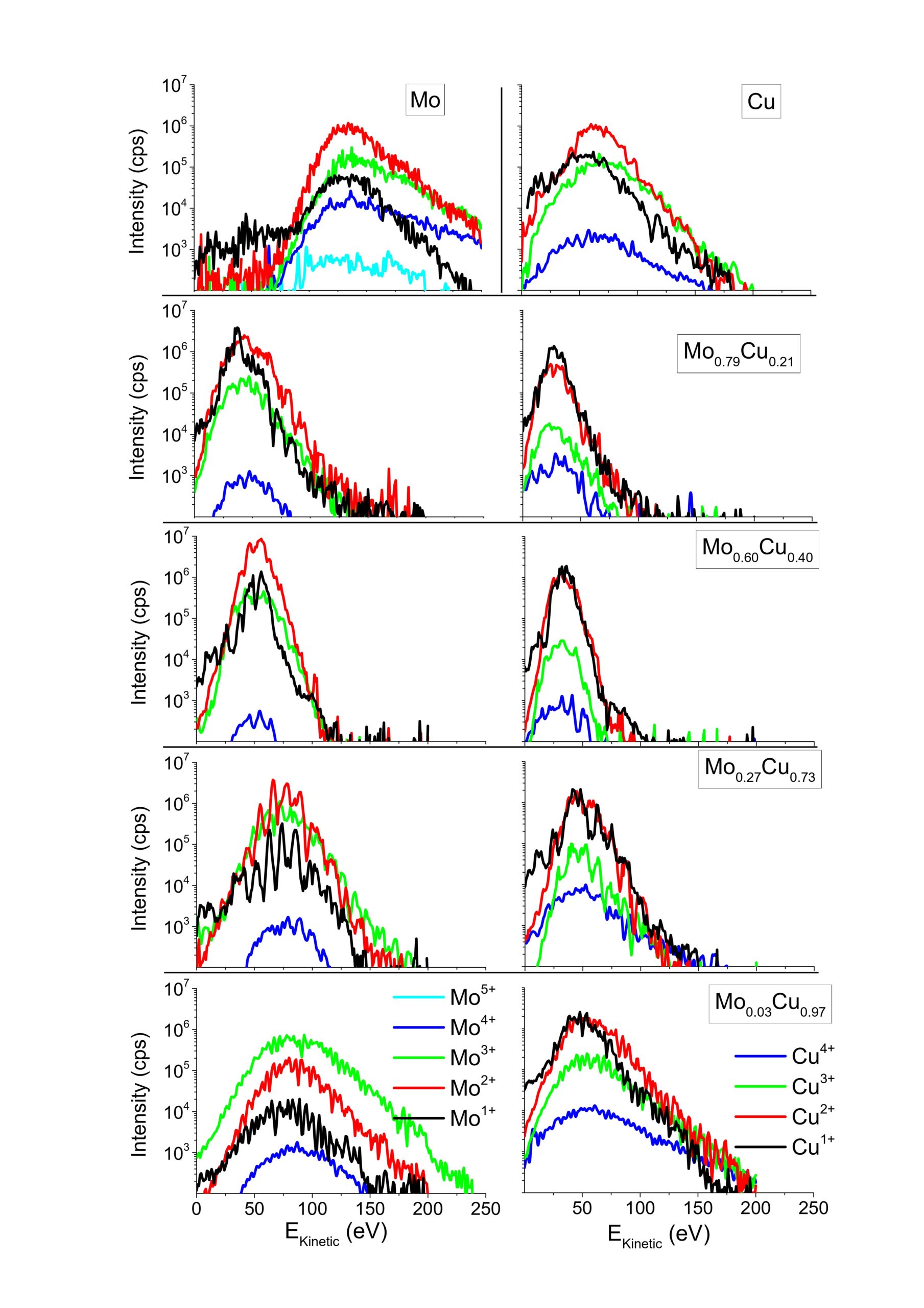 Figure 3 presents measured ion energy distribution functions for two elemental Mo and Cu cathodes and four Mo-Cu cathodes of different compositions. It demonstrates the effect of mixing Mo and Cu in one cathode. It can clearly be seen that, for plasma from the composite cathodes, the peak kinetic energies of the ions are significantly reduced compared to the plasma generated from the elemental cathodes. The metal ions from the Mo and Cu cathodes have peak kinetic energies around 136 and 62 eV, respectively, while for a Mo0.79Cu0.21 cathode, the corresponding energies are only 45 and 28 eV. The average charge states decreased from 2.1 to 1.6 for Mo ions and from 2 to 1.2 for Cu ions. Such significant reduction in both the ion energies and the ion charges must be considered during deposition of thin films with/or without applying of a bias on the substrate.  We explained it by intensive vaporization of the Cu cathode content. Though, for more details, please see the corresponding paper, Ref. 3.

To find out more about this product visit the EQP Series product page or if you would like to contact us directly please Send us a Message.