Nitrous oxide is known as a greenhouse gas and a severe contributor to ozone layer destruction, thus its decomposition into N2 and O2 is a topic of vital interest for catalytic chemistry. The most promising catalytic materials for direct N2O decomposition are based on cobalt spinels. For practical applications, due to the high price of cobalt, the spinel phase should be dispersed on a low-cost support, such as alumina extrudates. Despite the highly activity in N2O decomposition, the catalysts performance decreases in the presence of contaminants in the tail gases of nitric acid plants.

In our paper, we present systematic studies evaluating the inhibiting effects of each of the contaminants (O2, H2O, and NO) on the N2O decomposition over fully optimized double doped (K, Zn) cobalt spinel catalysts supported on α-Al2O3. The investigated catalysts were prepared in laboratory and pilot scales to verify the transferability of the proposed models upon the scale extension. The impact of the O2, H2O, and NO contaminants on the N2O conversion was studied by means of Temperature Programmed Surface Reaction (TPSR) and by intermittent isothermal catalytic measurements as a function of temperature and partial pressure of all the reactants at a fixed contact time. The tests were carried out in a quartz flow CSTR reactor using 0.2 g of a sieved fraction of the catalyst (0.2 – 0.3 mm). The progress of the reaction was monitored by means of a QMS detector (Hiden Analytical HPR-20). 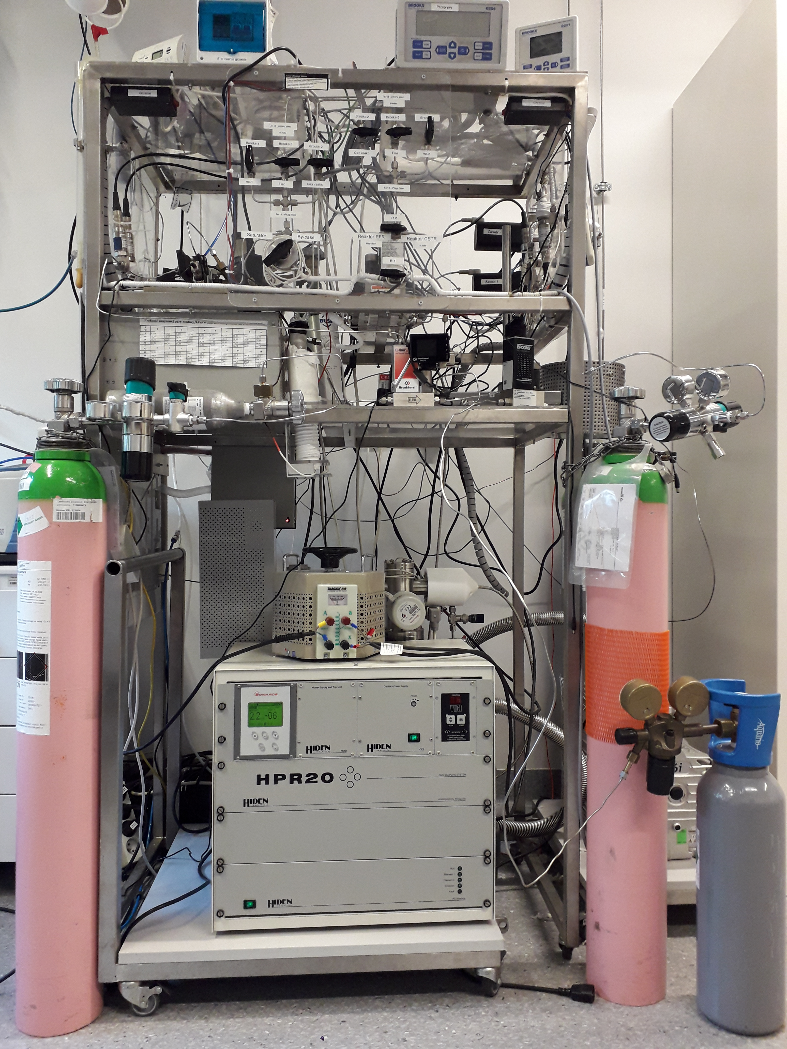 The effect of contamination was accounted for by both kinetic and thermodynamic modeling. The proposed mechanism of inhibition involved the effect of local (active site blocking) and global nature (modification of the spinel electronic properties by the electrophilic NOx adspecies). The kinetic models proposed for each contaminates fit well with the obtained experimental data, confirming the mechanism of the particular contamination. The strongest inhibition of NO was associated with its facile reactivity with oxygen intermediates produced in the first step of the N2O decomposition. The resultant bidentate NO2 and NO3 surface adducts stay at the catalyst surface up to 550 °C. Whereas the effects of contamination for the laboratory and pilot catalysts are qualitatively the same in their nature, the observed quantitative differences can be traced back to variation of the active phase faceting revealed by TEM imaging.

To find out more about these products visit the HPR-20 product page or if you would like to contact us directly please Send us a Message.