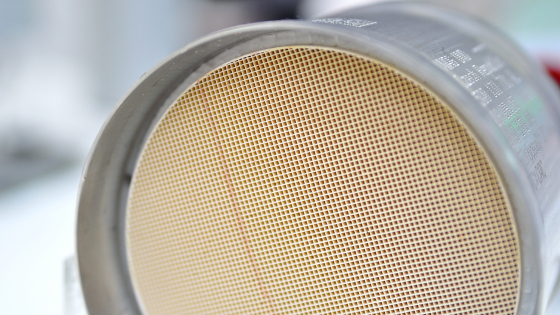 Catalysis is the process of increasing the rate of a chemical reaction by the addition of a substance known as a catalyst. The reaction itself does not consume the catalyst but it does allow more preferential products to be produced at a faster rate under more favourable conditions.

The use of catalysts is vitally important to all areas of modern life and the economic impact of catalysis is huge, contributing 30–40% of global GDP. It is estimated that 85% of all manufactured products involve catalysis somewhere in their production chain, and such products have considerable impact in:

Catalysis defines the process whereby a reaction is influenced by the presence of a non-consumable substance known as a catalyst. Introducing a catalytic agent may increase/decrease the rate of a reaction, reduce the temperature required for the reaction to take place, or alter the outcome of the reaction entirely. This is a process that mankind has been exploiting since the beginnings of human history, but the field of catalyst analysis only stems as far back as the 19th Century.

Several competing theories were developed to explain the nature of catalytic activity, culminating with Langmuir’s theory of chemisorption, which provided the first method of quantitatively analysing the mechanism of reactions. Countless catalysts have been researched and characterised in the decades since, with virtually limitless areas of application in marketplaces today. However, catalyst researchers continue to explore new and established materials to exploit and optimise this valuable phenomenon in a new generation of technological innovation.

Hiden Analytical has developed a range of quadrupole mass spectrometers and dedicated catalyst analysis systems suitable for the modern researcher’s needs. Browse our product literature and related products for more information about these industry-leading tools.

Or, contact a member of the Hiden Analytical team today with any queries.

How Gas Analyzers Can Benefit the Automotive Industry