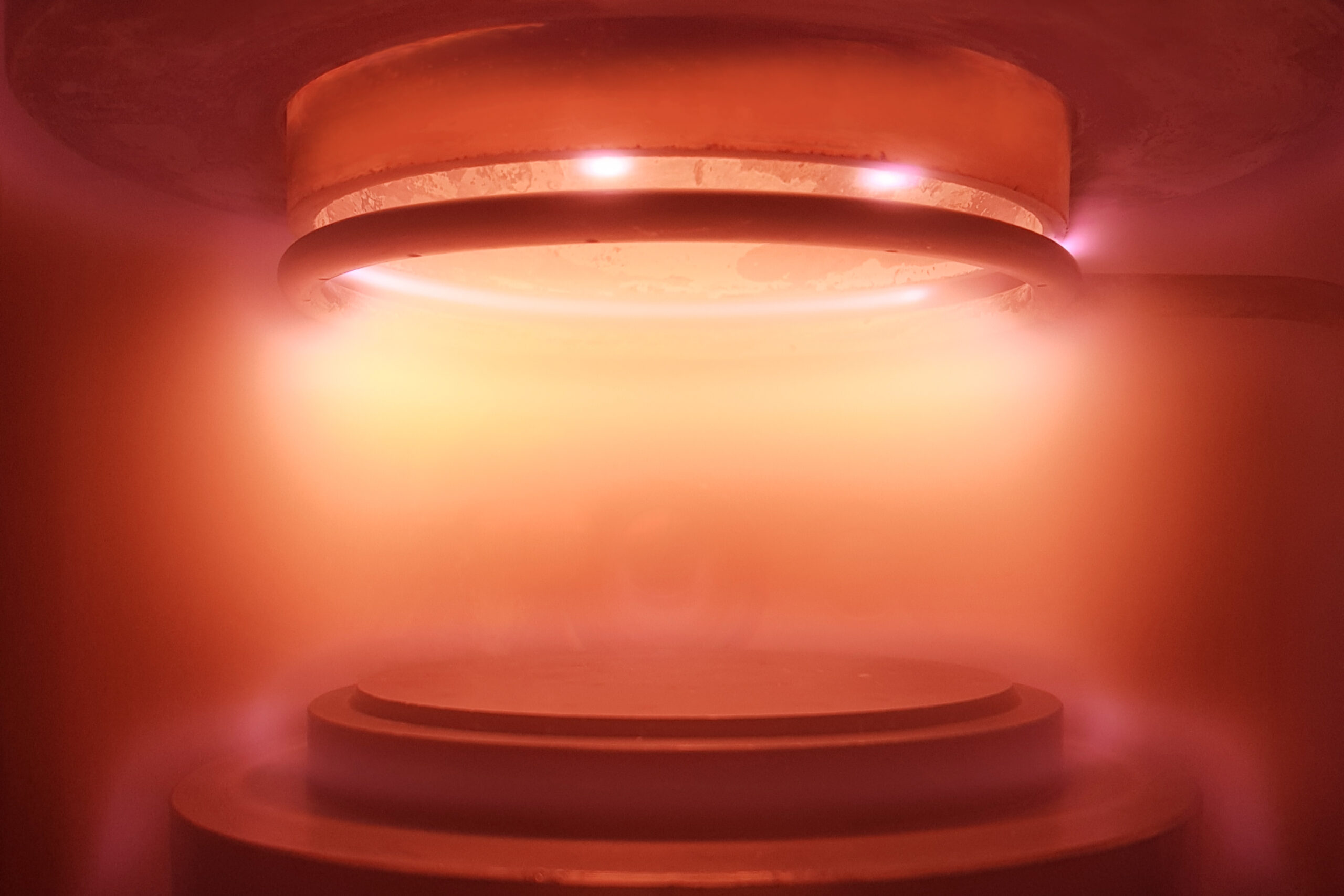 Plasma treatment of surfaces allows for a substrates surface characteristics to be modified by the treatment by an ionised species.  Hiden’s specialised mass and energy analysers allow for direct measurement of plasma species, giving the researcher an insight into the fundamental parameters of plasma processes.  Measurement of characteristic ions, neutrals and radicals is possible.

Plasma treatment can be separated into two broad application types, etching and deposition.  Plasma etching is the removal of material removal from a surface via a plasma process, involving either charged species (ions), neutral or radical species.  Typical applications include material compatibility modification, surface treatment of polymers, and plasma etching for semiconductors.  Plasma deposition encompasses various vapor deposition techniques that make use of plasma to deposit a source material onto a substrate surface. Such techniques are commonly used to enhance surface properties such as hardness, chemical resistance, and adhesion; or to impart specific optical or electronic properties.

Specialised techniques, such as High-power impulse magnetron sputtering,  HiPIMS, allow for modification of the conventional magnetron sputtering techniques to allow more energetic ions to reach the surface without substrate damage.  In HIPIMS, a sequence of short, intense, pulses are delivered to the cathode, with a peak power in the range of kW to MW.  This creates and extremely dense plasma locally to the cathode.   Pulses are applied with a low duty cycle, typically in the region of 10-100 µs, keeping heat, as well as average operating power relatively low compared to a DC process.  HIPIMS plasmas are highly ionised, and the high proportion of plasma generated ions give increases in surface density, lower friction and reduce substrate temperature.  Enhancements in time resolved mass and energy spectroscopy have allowed for HiPIMS species to be transiently analysed, with a time resolution to 50 ns.  Thus enabling researchers to measure plasma ignition, sputtering, deposition and afterglow, throughout a pulse cycle.

Take a look at the wealth of customer research, application data and product literature below.

Hiden EQP and PSM mass/energy analysers are offered with a range of standard sampling options to provide for plasma characterisation in a broad range of applications including :

Magnetron sputtering is for plasma vapour deposition and is available in DC and RF forms producing a range of thin films used in many industries including decorative coatings, hard disk drive platters , optoelectronics and solar cells.

An Introduction to Plasma Etching